All serious writers I know can name literary influences that have shaped their emotional landscapes, linguistic sensibilities, writing themes, literary tastes and perhaps even worldviews.

British novelist Ian McEwan, for example, cites Phillip Larkin’s poetry as his major influence, saying “his poems are part of my mental furniture”. Chilean novelist Isabel Allende says Gabriel Gracia Marquez’s Hundred Years of Solitude was instrumental in launching her career: “I wrote my first novel, The House of the Spirits, with the same freedom, magic and insanity that I thought Márquez had called upon in his own writing”. Among her other influences she names Arabian Nights and, somewhat surprisingly, Germaine Greer’s The Female Eunuch.

While some writers find their inspiration in one writer’s oeuvre and others need several authors, there are also those who talk – usually with the kind of awe with which one discusses a beloved – about the book. Australian memoirist Kate Richards, for example, told me she always carries with her William Faulkner’s The Sound and the Fury, re-reading parts of it, scribbling notes on it. I, too, belong to the one-book-camp, even though I read widely to learn about the craft of writing from as many writers as possible. Still, my writerly soul belongs to one book only – the novel The Master and Margarita, which hovers ghostlike over my entire writing life.

The Master and Margarita, by Mikhail Bulgakov, is considered to be one of the masterpieces of Russian literature, with critics often comparing it to Goethe’s Faust. It is possibly the most quoted book in Russia, with some of its phrases being part of everyday conversation. Outside Russia, the novel has also enjoyed enormous success. Apparently, the book so captured the actor Daniel Radcliffe that for his 21st birthday he traveled to Moscow to visit Bulgakov’s apartment. Kathryn Harrison, Robin Hemley, Annie Proux and David Mitchell are among the many writers who cite The Master and Margarita as one of their favourites. And in one of the numerous English-speaking Internet forums dedicated to this book, a user admitted to tattooing one of the novel’s characters on his arm. 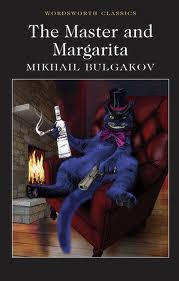 The central premise of the novel is hilarious. During Easter, the Devil and his crew of demons, which includes a Russian-speaking black cat, visit the aggressively atheistic Stalin’s Moscow of the 1930s, where a poet can be commissioned by government “to write a long anti-religious poem”, only to wreak havoc with its officials in the most exhilarating way. Yet this is just the overarching plot. The novel has such a complex structure, rich in characters, sub-plots and themes, that the critic Andrew Barratt named it “a puzzle novel”. The three main storylines alternate between the satirical story of Satan’s visit, the love story between a writer named the Master and a married woman Margarita, and the account of Christ’s Passion, written by the Master supposedly in such a truthful manner that it is this manuscript that brings Satan to Moscow.

The Master and Margarita is, to some extent, also an autobiographical novel. The Master suffers persecution by the Soviet literary institutions for the religious content of his novel, while Bulgakov’s writing depicting Soviet xenophobia and repression got him into similar trouble, and most of his works were banned. Still, unlike many other rebellious Soviet authors, Bulgakov was spared from gaol and execution only because Stalin, who was actually a literary connoisseur, admired his genius.

The Master and Margarita was Bulgakov’s last, and best, work. It took him twelve years to write. The novel was completed in 1940, just before he died (from natural causes – unusually for that time and country). While Bulgakov lay on his deathbed, his wife vowed to get the novel published no matter what, a promise she fulfilled only a quarter of a century later. The novel was first published in Russia in 1966, with substantial excisions. The uncensored version, smuggled to the West, appeared in 1967.

The first time I read The Master and Margarita was when I was ten years old, still living in the Soviet Union and already an aspiring writer. Being a daughter of dissidents, I got to read the uncensored samizdat version printed on a typewriter. I was struck by the book in many ways, but the realness of magical events, like the famous flight of Margarita over Moscow riding a broom, impressed me most in its sharp contrast to the dreary Soviet everyday existence. I also believe the novel’s end, where Satan sorts things out for everyone, was partially responsible for my quasi-metaphysical approach to writing. I often use my work to try to find some hidden order in the chaos of life. 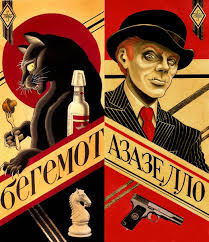 I’ve since re-read The Master and Margarita many times and in all the three languages I know – Russian, Hebrew and English. I own several editions of the novel, and it was the first gift I bought for my husband when we were still courting. Usually I feel a strong affinity with those who choose this book as their favourite novel, and I’ve met quite a few. People who are passionate about this book tend to have a healthy sense of humour, and a philosophical and humanist bent. And they usually possess enough romantic imagination to believe in the kind of ultimate love that The Master and Margarita share.

The book feels bottomless: on every re-reading I gain new insights. For example, I learnt to appreciate how Bulgakov used magic as a means to expose the moral corruption of Moscow. However, you can learn craft aspects from any book. What is really unique about The Master and Margarita is that this book is evidence that the novel form can be stretched to its limits. This book breaks many ‘rules’ laid down in how-to-write books and writing courses. It overloads and disorients its readers, yet charms them still.

Reading this novel encouraged me to trust my readers’ intelligence and believe they’d appreciate literary originality, instead of trying to fit my writing to their supposed comfort zone. Indeed, Bulgakov’s novel doesn’t fit into any box. The book would rather be diagnosed with multiple personality disorder – by showing itself to be simultaneously a work of historical fiction, political satire, romance, a fairytale and a philosophical tract – than succumb to convention. It is as if Bulgakov is saying: “The only rule in fiction writing is – dare to express your vision”. This novel gave me my taste for irreverence and abundance in writing, a licence not to be bland.

The book also taught me about the redeeming power of laughter in the face of the despicable, how irony rather than righteousness is a writer’s best friend. I’ll even go so far as to say that The Master and Margarita is responsible for my tragicomic worldview, which I attempt to express in my work just as Bulgakov’s continuous navigation between the past and present became fundamental to how I experience, and try to write about, life.

This is not to say The Master and Margarita is a perfect work. After many re-readings I’m finally ready to admit that the Master is an earnest, even generic character, but no one else in the book is. And in retrospect, finding this flaw feels liberating. It reminds me that perfection is no marker of great art and not something to aspire to in your own writing.
See more at: http://writersvictoria.org.au/news-views/post/the-book1/#sthash.WSz7nyuJ.dpuf