Six copies of ‘The Dangerous Bride’ recently arrived in my house. It took me five years to write this memoir and then I waited more than a year for the publication to happen, and here it is – printed. The book is not in the shops yet, not until October, but at least it exists physically in the world, which is already burdened with too many books. I sometimes feel sick when I walk into bookshops even though they are amongst my favorite places. The reality hits me then, particularly now in these pre-publication days – the reality of my smallness, of the Sisyphean enterprise that writing can be.

I waited four days after the books arrived before I opened the package. I placed the large envelope near my writing desk and frequently brooded over it: the wrongly spelled address (the books could have gotten lost. And then… Then what?); the somewhat disappointing fact of the envelope (oddly, I was certain author’s books should come in a box. Why? And why does this matter? Ask my idiotic subconscious. Something about boxes being more substantial perhaps?); the porridge my baby spat all over the package (were the books damaged? Should I open the envelope and check? No, of course not).

Then when I finally opened it (the baby was asleep, the husband was out and so was the dog – it had to be that way, in utter privacy), my palms were sweaty. My palms never sweat. What was going on? This wasn’t at all how I imagined I’d feel upon receiving this book. This is my fourth published book and I never behaved like this before.

Before I go any further to explain myself, I want to note that actually I’ve always disdained writers who instead of enjoying whatever success they had – whether it was completing a messy first draft or winning a Booker prize – complained about it. Take Philip Roth, for example. After his novel Portnoy’s Complaint was published in 1969, shooting him to fame, instead of relishing the attention Roth left New York to hide in the countryside. More recently, the phenomenally successful Norwegian author Karl Ove Knausgaard feels so embarrassed by the praise he continuously receives for the series of his autobiographical books that he refuses to read their reviews.

As much as I admire Roth and Knausgaard, I find these attitudes of theirs irritating, since they so freely waste opportunities lesser writers, like myself, would never enjoy. Oh, how I’d have basked in what they so casually spurn… But here I am – on a much more modest scale, if any comparisons are even applicable, but still – on the eve of a publication of a book I am so invested in, and just as grumpy as the Great Masters. 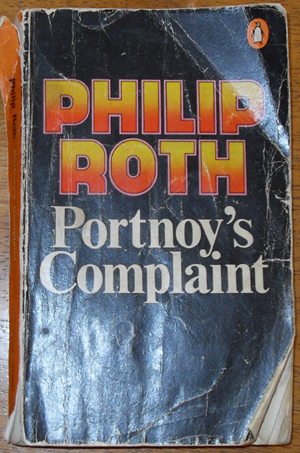 During those four days of brooding, I tried to understand what prevented me from opening the package. Firstly, of course, I was afraid I might be disappointed. Eleven years had passed since I last had a book published, and during that period I changed my writing language from Hebrew to English, suffered a lengthy writers’ block, threw out several unfinished manuscripts and wasn’t sure I’d ever complete another book. So with this memoir being the bearer of so many firsts – my first book in more than a decade; the first published in English; the first published in Australia; and my first memoir after three fiction books, it was weighed with expectations, which – I worried – would be difficult to match in reality. If I had any illusions about the merit of this book, I was afraid holding its tangible version in my hands – seeing the book as a standalone object rather than my possession, the captive ghost in my laptop-machine – would create the kind of distance between us that could shatter them all.

After finally retrieving the books from the porridge-soaked envelope, at first I felt relieved. The book’s aesthetics appealed to me. It was healthily plump. The cover was seductive yet subtle; I felt that its bluish hues and soft, foggy outlines of the female nude conveyed the atmosphere I was trying to create in my memoir, which is about my quest for non-monogamous love. Yet as I leafed through the book, I kept vacillating between feeling I’d succeeded in writing the kind of a book I’d myself have loved to read and that the book was a flop, unreadable. This vacillation did my head in. I quit browsing and installed the book copies on my bookshelf. Immediately I felt better again. Here it was – a book amongst its peers. Whatever there was between its covers, at least it looked good up there. It wasn’t over- or undersized. Its black spine matched the colour of neighbouring books. Unlike its author, this book definitely knew how to fit in. 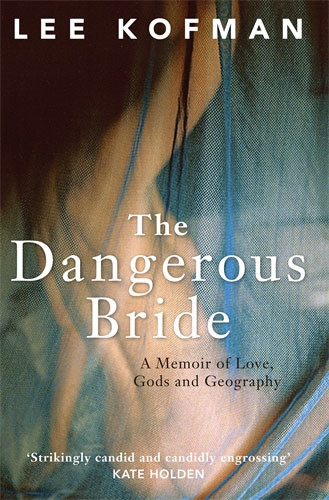 The baby kept sleeping. The husband and the dog were still out. The house was warm and quiet. My palms were no longer sweating. I stared at the agreeable spine of my memoir, feeling pleased. Until the next morning when the much greater anxiety kicked in.

This memoir is the book I found the hardest to write, not so much because I wrote it in English, but more because of its uncomfortable subject matter and because I tried to write it as honestly as I could. This ended up being a painful exercise not only for me but also for some people in my life. In particular, there were times when writing this book almost cost me my marriage. My husband wasn’t comfortable with all that writing time I’ve spent with the ghosts from my past, but he was generous enough not to ask me to stop. Nevertheless, during those five years of writing, I often hoped the book would somehow go away. But it persevered, hanging nearby in dark corners, shadowing me, visiting me at night-time like an apparition. And now it was real, all fleshy and bloody, and in some ways – the physical manifestation of the wrong I feel I’ve done to my husband.

And there is more at stake here. After I handed the almost-final draft of this memoir to several trusted friends to read, I wrote in my diary: ‘When someone reads ‘The Dangerous Bride’ I feel so vulnerable as if I let them poke inside my soul.’ I feel the same way now about my future readers. The confessional aspect of this memoir is a concern, of course. However, more importantly, in writing this book I tried to exorcise the mundane, the banal, the polite and the fake that crowds my interactions with the world. Regardless of its subject matter, my main priority in writing this book was to project through language something urgent I feel resides inside me: some worldview, some desire, some – oh well – soul, I guess… This ambitious endeavor made me, in the last six-or-so years, feel occasionally smug, as if I carried inside me some secret, and was a better person than what I seemed. Wait, I told myself, till ‘they’ read the book. Then ‘they’ will know… And then, for some reason, I expected ‘them’ to think highly of me. But know what? And think of me highly on what basis? This soul of mine, hopefully caught in the book, is not necessarily a pretty one. Or a likeable one. And now it’s going to be out there, for all to see. And I’d have absolutely no cause for smugness.

Recently a friend told me that reading my book felt to her like sitting alone on the porch on a rainy night, drinking vodka. That remark made me insanely happy. The night, the rain, the solitude, the tipsiness – all that was exactly the kind of mood I was trying to create in writing my memoir, the mood integral to the years of my life I describe there. So even if my friend would remain the only one to feel this way, perhaps even just for this one pretense-free connection that passed between us it was worth writing this book. I’m trying to preserve this thought now, just before my book makes its hesitant appearance in the already overcrowded universe of Australian bookshops.

I’d like to take this opportunity to invite all my Melbourne-based readers to attend the launch on 18th October at 5pm, Readings St Kilda. It’ll be wonderful to see you there! Please click on the link below to view the invitation:
LaunchInvite€Kofman