My husband, a doctor, jokes that whenever his patients say ‘Can I be honest with you?’ he wonders what was the point of their visit in the first place if they didn’t intend to be honest? The same applies to writers, you’d think. What can be the point of writing without honesty? How can writers create something worthwhile without such an intention? Even in fiction, emotional honesty, and sometimes factual too, is a necessity. Yet often in my writerly life I have ignored this supposedly obvious notion or at least struggled with it greatly. So do many writers I know.

Honesty in writing is a multifaceted concept. To do it justice I’d need to write a separate essay. But roughly, to write honestly means to describe what it’s like to be human rather than how we think people should be. I’ll focus here on the main problems I’ve had with honesty and also witnessed my students and friends wrestle with.

I sometimes try to appear someone else through my work: nicer, more moral and politically correct than I really am, whether through how I portray fictional characters, or myself as a character. In those times I conveniently forget that nice characters are the most boring and the least realistic ones, because I lack the courage to own some feelings and thoughts. During my first years in Australia, for example, there was still much unfinished business between me and Israel. I felt so guilty about leaving that I couldn’t write honestly about my reasons for migration. For a long time I couldn’t bring myself to write that I wanted to live in Australia because economically it cares about its residents in ways Israel could not, that I love how this country lacks the Israeli tribalism and, finally, that I like the local men better… I was afraid that admitting all this would expose me as selfish and ungrateful to a country that offered refuge to my family after we finally escaped the Soviet Union. And I probably am, but this is the truth.

When I write about my life, I also often feel the urge to simplify it. This desire stems from a fear that my biography is too messy to make sense for readers. I am tempted to sum myself up with broad brushstrokes, for example to write I am an Israeli migrant, thus omitting my Russian origins. But to do life writing properly requires authenticity and specificity. It took me several attempts to compose a more honest version of myself in my recently completed memoir The Dangerous Bride:

The life I dragged behind me all the way to Australia was a patchwork of experiences, a version of the Wandering Jew narrative. My childhood, before we left to Israel, unfolded in communist Russia in the shadow of persecution because of my parents’ religiosity… During my teens I left God and began a lifelong experimentation with hair colours, fashions and university degrees. I tried my hand at being a journalist, a matchmaker, a caseworker with Jaffa’s Arabs. I studied literature and social work, organised nightclub parties and wrote fiction. Several times have I changed my name. By the time I arrived here, I found it difficult to answer in a straightforward manner even the simplest of questions about myself.

Another problem I have is that sometimes I get too lazy to dive into the complexity of human emotions to unpick my real or fictional characters’ inner worlds. I have to be watchful not to resort to generic, meaningless descriptions, such as ‘he got angry’ or ‘she felt sad’. I try reminding myself that different people experience sadness differently, and even the same person feels many types of sadness. The blues I experienced while reading Madam Bovary was mixed with the pleasure at Flaubert’s prose, and obviously differs from how I feel when my work is rejected by publishers, for example.

The writer’s job is not to resort to shortcuts, but to describe emotional shades and paradoxes. Maureen Corrigan, an American literary critic and the author of a memoir Leave me alone I am reading, expressed this better when she described her expectations of emotional honesty from writers:

What we readers do each time we open a book is to set off on a search for authenticity. We want to get closer to the heart of things… a few good sentences… [that] can crystallize vague feelings, fleeing physical sensations, or, sometimes, profound epiphanies…Readers… are alert to passages in a book that illuminate what was previously shadowy and formless. In our daily lives, where we’re bombarded by the fake and the trivial, reading serves as a way to stop, shut out the noise of the world, and try to grab hold of something real, no matter how small.

I am also uneasy about rendering myself vulnerable through my work. It was Brian Castro, a writer I admire, who wisely advised me to write openly about my emotional pain. He said this would earn me sympathy with the readers and deepen the work. I had Castro’s voice in my head when, despite the shame I felt, I wrote an essay about living with numerous scars, which I usually conceal. I now call such writing ‘undressing’. Slowly, and painfully, I am learning that those details I wish to omit are exactly the ones I must write about

Surely writing honestly comes more naturally for some writers than it does to me. I have to literally coach myself to do so. Nine years ago I took this honesty thing on as a project. Since then I have developed a self-talk where I keep reminding myself to be more courageous, that these are my differences and quirks that make my work interesting. As Kevin Brophy wrote in Creativity: ‘You must think like a writer, loosen up and let your madness come through.’ To release such madness, for inspiration I read gutsy writers, like Erica Jong and Eduard Limonov. 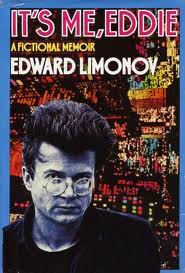 For my honesty project, I find journal writing to be useful too. It is a safe place to exercise honesty and exorcise my habits of smoothing things, before doing such writing ‘for real’. There I practice being vulnerable, drumming into myself that writing must hurt me first if I want the reader also to feel something.

To practice honest writing, I am now continuously studying myself. I believe I do this not out of self-indulgence, but to cultivate what I call hyper-self-awareness, which I see as a must for writers who wish to say something worthwhile about the world outside of themselves. Because how can we create complex fictional characters, for example, if we cannot analyse our own motivations, desires, weaknesses and contradictions? In short, I have come to believe that writing has much in common with therapy. You learn to face the worst about yourself, then call it a success…

I still find it difficult to be honest, but at least I am now more aware that honesty must underlie my work. Thus I got the courage to write honestly about my experiences of romantic relationships in The Dangerous Bride. This included admitting that I practice my own version of feminism, which is not acceptable at least in those circles I usually find myself in: amongst intelligent, politically-minded people. This may sound not such a big deal for some, but it took a lot out of me to write the following:

I’ve always thought myself a feminist. As a child I preferred Scandinavian mythology over other folktales because its women are more active, particularly the Valkyries who rule the battlefields. In the fairytales I used to invent back then, my princesses would rescue the princes. But in games, my girlfriends and I enacted more conventional narratives, and I liked playing the role of the princess in trouble. I enjoyed wearing my mother’s lipstick and being kidnapped by monsters, then being rescued by a handsome royal who I imagined would carry me away with the trains of my dress floating through the air like a promise. As an adult, I still fantasised about rescuing men – now, mostly from their loveless existences – and being rescued still felt sexier.

I wrote much worse stuff about myself in that memoir too, but as you can see I still lack the courage to quote it here. My honesty project is still on, then. What about yours?