I discovered creative nonfiction only at 31, accidentally, and first as a writer rather than a reader. This was Writers Victoria’s fault. I had been in Australia four years by then. I had three fiction books published in Israel, but zero knowledge of the local literary scene. At least I knew to sign a membership with Writers Victoria. It was in their magazine where I saw a call for submissions by Griffith Review, asking for personal essays on the theme of communities. I had never written a personal essay (nor read many of them), but ‘communities’? What freshly minted migrant will not have something to say on the subject? I can do this, I thought, blissfully unaware of how prestigious Griffith Review was; it could have been a local shire’s magazine for all I knew. So I wrote a piece about how, of all places, it was in Australia that I, a second-time migrant, reconnected to my Russian roots after meeting Russian-Australians.

Not knowing anything about the genre, I nevertheless intuitively felt freedom as I worked on that essay, to the extent I’d never experienced writing fiction. I felt I could say what I wanted directly; there was no need to couch anything in an imagined story, set the stage, develop a plausible plot. In short, I didn’t have to use any of the artifice fiction requires; I incorporated some research about the Russian community in Australia and about Israel without laboriously disguising it within narrative. But then, I still enjoyed using fictional devices whenever I felt the need, using snippets of dialogue, sketching scenes, crafting my sentences with care. This eclectic writing process felt exhilarating and organic.

It was only once the essay was published that I realised what a great publishing platform I had landed. That publication launched my Australian life as a writer, giving me some confidence, particularly as I then became a regular contributor for Griffith Review. More importantly though, I fell head over heels in love with creative nonfiction. In the 12 years since, I have published more than 20 short creative nonfiction works and a memoir, The Dangerous Bride, then co-edited an anthology of personal essays, Rebellious Daughters. And I teach creative nonfiction too.

I am not alone in my excitement. Creative non-fiction seems to have become the new black of the literary world, one of the fastest growing literary genres in its appeal to readers, writers and publishers alike. The attraction might be in part because this genre reflects the zeitgeist of our blogging and reality show era. We have developed an appetite for ‘true’. But I think the main reason for creative nonfiction’s success is its youth. Every so often we invent a literary genre, and while the genre is new and discovering its own ways, it is more open to experimentation. During the first decades of trial and error, there is plenty of room for surprise and subversion, less for imitations and formulaic writing. Centuries ago this was the case with the novel. Now it is creative nonfiction’s turn.

Having spoken of its newness, the roots of creative nonfiction stretch far back to such notable ancestors as Michel de Montaigne who in the 16th century fathered the personal essay, and, if we really want to backtrack, we can hold Saint Augustine, with his The Confessions, responsible for getting the ball of memoir rolling. But the sustained practice of creative nonfiction was pioneered in America around the 1960s, when such literary giants as Truman Capote, Joan Didion and Tom Wolfe felt constrained by both the traditional objective style of reporting and the fictional machinery, and began writing like no one else then did. 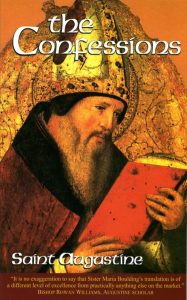 In Australia, Clive James and Robyn Davidson were some of the first, publishing their memoirs before the international memoir boom began in late 1980s. The arrival of the new millennium heralded the establishment of creative nonfiction locally, led by such superb practitioners as Robert Dessaix and Helen Garner. Nowadays some of our creative nonfiction books enjoy international success (e.g. Anna Funder’s Stasiland), creative nonfiction courses are popular with Australian writers and competitions are rife. But every time I mention this genre in my writing workshops or in conversations with well-read people, most stare at me blankly, even if they have read Garner or Dessaix. Recently, an intelligent student of mine insisted he was writing ‘experimental nonfiction’ while what he was doing was rather akin to Chloe Hooper’s The Tall Man.

Even booksellers are perplexed in the face of the strange animal called creative nonfiction. In America and the UK, this genre claims its own shelves in the shops. But in Australia memoir books are usually filed under their more conservative ancestor ‘biography’ and any non-memoir creative nonfiction is likely to end up in the oddest of places. Rebellious Daughters, for example, has been classified in Readings magazine under ‘cultural studies’, whereas my friend’s true crime book dwells on a ‘criminology’ shelf.

The prevailing confusion may be explained by creative nonfiction still being a new migrant to the country of literature. But more so, I suspect the reason behind it is the indeed ‘experimental’ nature of this genre, to borrow my student’s words – its complexity and how elusive it is to definitions, which is what makes creative nonfiction so wonderful to read and write, yet so difficult to explain. So I’d like to spend the remainder of this post unpicking the nature of this genre.

The most basic confusing thing about creative nonfiction is that this is a damn broad term which encompasses many sub-genres outside the aforementioned memoir and personal essay – travel, food and nature writing, and lyrical and montage essays to name a few. Then there is the newly coined sub-genre ‘immersion’ where writers immerse themselves in unfamiliar experiences to investigate them, becoming active protagonists. Eat Prey Love is probably the best known example of immersion, although nobody calls it that. Right now ‘memoir’ seems to be a shortcut word for most creative nonfiction works.

What all creative nonfiction works have in common, though, is that they capture real people and events, yet are written vividly, artfully, like fiction. In good examples of this genre, the language is as important as the content. Creative nonfiction writers also have more poetic licence than authors of general non-fiction. For example, in the former genre it is a convention to recreate dialogue, which clearly writers could not have remembered word-for-word, as long as the recalled conversations sound plausible, ring emotionally true.

Another common denominator of creative nonfiction works is that authors always have some presence in them. Since the mechanics of plot and scenes, so crucial in fiction, can be handled more lightly in creative nonfiction, the emphasis on the writer’s voice – which is, to me, what worthy literature is foremost about – is all-powerful. Sometimes authors are central characters in their stories, especially when they write memoirs. Other times they are secondary, as in Stasiland (investigation of East Germany’s secret police), where authors explore big issues. And in some books, as in The Book of Courtesans, a study of courtesans, there is no explicit ‘I’, but the author Susan Griffin’s presence is felt through her poetic language, and through her peculiar interpretation of history. 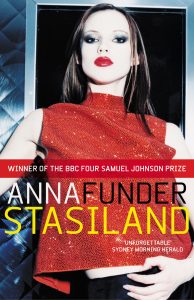 This authorial presence, I think, is at the heart of the appeal of creative nonfiction to both readers and writers. Annie Dillard, a legendary practitioner of this genre, used to say to her students that if fiction provides the consolations of the mask, nonfiction provides ‘the knowledge that what was underneath the mask, your own individual sensibility, that was irreplaceable and potentially of value.’ So what creative nonfiction does, when at its best, is present us with the inner workings of consciousness. Or, more poetically, in the words of David Shields (who produced the manifesto of creative nonfiction, Reality Hunger), with the ‘theatre of the brain’.

‘To write creative nonfiction is to essay’ says Robin Hemley, the author of Immersion, a craft book on this sub-genre. Essay means ‘an attempt’, an experimentation. Indeed, playfulness with language and form prevails in creative nonfiction. Some authors introduce fictional threads into the narrative, like Victoria Hammond who incorporated a fairytale-style retelling of Nabokov’s life into her otherwise realistic account of a sojourn in Russia, Letters from St Petersburg. Others, like the memoirist Alice Pung, write with authenticity from the point of view of other people. Some create strange, hybrid works resistant to definitions; Geoff Dyer is a master of that. My favorite book of his is Out of Sheer Rage – an original combination of memoir, literary criticism, travel writing and essayistic polemic. It seems to me that the best creative nonfiction works sit somewhere between fiction, long form journalism and pure poetry. 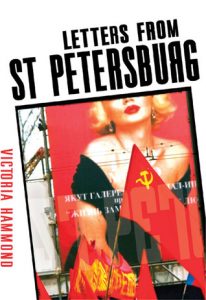 But if this genre is most defined by its lack of established conventions, then this quality poses many ethical challenges to writers. The biggest ones are finding the balance between so-called ‘truth’ and imagination, and (related to this) the challenge of representing other, real, people. But dealing with such dilemmas can be invigorating artistically. Personally, I am more inspired than discouraged by these problems.

As a smitten lover, I’d love to see more acknowledgement of my beloved in literary establishments. Varuna, the writers’ house, has done well to support creative nonfiction, including establishing the Eric Dark Flagship Fellowship to encourage its practitioners. But there are no major literary prizes for creative nonfiction in Australia as there are for fiction (an equivalent of the Miles Franklin would be good). Even those prizes open to both fiction and creative nonfiction, such as the Stella, their shortlists are dominated by fiction. I am hoping now that the Nobel Prize in literature has finally been given to a writer of creative nonfiction, Svetlana Alexievich, the situation may change.

And while the lack of recognition bugs me, there is something redeeming about this situation too. A part of me thinks that the genre’s grappling with its nature and standing lends itself to even more literary discoveries, and perhaps also attracts more adventurous rather than ‘ambitious’ writers. It is no wonder then that Thomas Larson argued that creative nonfiction ‘has the energy of a literary movement, recalling past artistic revolutions that initiated new ways of seeing’.