One of the best pieces of advice a writer can get is – read, read, READ. Read as widely and as voraciously as you can. Make reading a priority even over writing, at least for some years. Be adventurous in your reading choices. Read until a cacophony of different writing voices sounds in your head, until your mind becomes a kaleidoscope of images and your sense of syntax possibilities has greatly expanded. Read until you become one of those smart arses who casually insert into a conversation: ‘When it comes to Russian classics, I definitely prefer Gogol to the likes of Tolstoy and Dostoyevsky’ (oh well, I’m actually quoting myself here…). Read especially those writers whose books are so good they depress you, because you know you’ll never write half as well as they do (for me, Nabokov particularly does the job). This is because, I believe, our writing reflects what we read, and not necessarily through imitation. When we read a great variety of writers, we are less likely to copy any particular voice. Rather, I like to imagine books inside our (often per-conscious) memory as organic matter slowly breaking down to create rich compost that will nurture the tentative seedlings of our own works. If my gardening metaphor speaks to you, then you’ll agree that the higher quality organic matter you collect, the more it will improve your writing.

And yet… (as ancient Polish-Jewish men are in the habit of saying, while mournfully shaking their heads.) And yet…

Eventually I have come to believe that sometimes part of the writer’s job is actually to know how to (temporarily only, of course) limit their reading intake. I don’t mean we should read less books, but we need to be more exclusive in our reading choices. This epiphany struck me seven years ago during one of my stays in Varuna, that magical writers’ residency in the Blue Mountains. I had a writer’s block then and the, usually exciting, sense of writerly comradery in Varuna actually depressed me. Other residents seemed to be typing away during the day, and over dinners, as they’d report their productive labours, I’d grow even bluer (or maybe greener). On that stay I hardly wrote. Instead, I mostly read a pile of Russian books I had brought along, hoping these would help me with my novel-in-progress about Russia. One miserable afternoon I found another fellow resident, an award-winning novelist who wrote beautiful, languid, melancholy prose, browsing amongst the poetry section in the library downstairs. She told me then that while she wrote her novels, she only read poetry. Everything else interfered with her work.

That conversation made me re-think what I was doing. It occurred to me that the Russian novels I was reading were putting me off writing. It’s not that they weren’t good. Rather, they spoke an entirely different language to that of my intended book; they were plot driven and structured in a linear fashion, whereas I was trying to create something looser, more episodic and circular. The more I read those books, the more I doubted my own project. Against their sharp outlines and polished surfaces my work appeared as a puddle of mud.

In recent years, I have become more careful about what I read while I write. I think of this as going on a reading diet. Such selectiveness can serve various purposes. For me, the most important one is to prevent harm from coming my way. For instance, although I am a fan of Jonathan Franzen, his books turn dangerous for me when I write, because they are thick on dialogue and thin on mood, whereas my ratio is the reverse. Franzen’s powerful voice can easily silence my own. 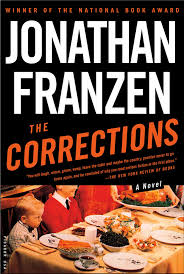 While I look for kinship in my reading while I write, some writers may need the opposite. Perth-based novelist Annabel Smith, for example, steers away from novels which explore similar subject matters to the ones she is writing about. She told me she does so to avoid feeling like a copycat: ‘I’m also afraid ideas from that book will seep into my brain.’

Some writers prefer during their writing process reading books which can teach them about their craft. American memoirist Susan Blumberg-Kason told me she read many memoirs while working on her book Good Chinese Wife. Her reading was not only selective but also analytic – she was closely looking at how writers do structure, dialogue and backstory.

Selective reading often directly informs the book’s content. While she writes, Kirsten Krauth, the novelist from Victoria, reads fiction and nonfiction related to her themes and characters. She says: ‘I read research material in the arvo, and then shape it into fiction the next morning, so the night gives me time to process it. I listen carefully if anyone makes any suggestions of writers when I’m telling them about my work, as the connections can be brilliant.’ When I was writing my memoir about non-monogamy, I read biographies of famous non-monogamists, such as Frida Kahlo and H.G. Wells. I also read books where non-monogamy was the theme, or one of the themes, such as Guy Talese’s Thy Neighbor’s Wife, and I read sociological, historical, psychological and creative works about love, relationships, infidelity and sexuality. Most of what I read didn’t explicitly make its way into the book, but all of these books stimulated and informed my thinking about it. 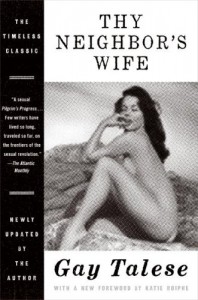 The aim of a reading diet can be also to get us into the right mood for writing. Recently, I read Paris Review’s interview with Salman Rushdie, where he said that (like the novelist I’d met in Varuna) he reads poetry while writing his stylish prose: ‘When you’re writing a novel, it’s so easy to have odd bits of laziness slip in. Poetry is a way of reminding myself to pay attention to language.’ I also read for language while I write – for the atmosphere it creates. I was trying to write my memoir as a sort of dreamy, tipsy tragicomedy. I don’t know if I succeeded, but while writing this book I sought authors who sounded like that. Robert Dessaix, Geoff Dyer, Helen Garner and Elif Batuman were amongst those who kept me company then.

Some writers don’t read at all while they write. However, these tend to be very well-read people and usually they are so-called binge-writers. They’d read a lot and in between produce books in bursts. During their writing bouts, reading can only distract them from the enormous effort required for conjuring up a book so quickly. I have friends who work like that.

Putting ourselves on a reading diet while working on a book-long project, particularly during the first draft – when the writer’s voice is at its most fragile – is a skill many of us develop as part of mastering our writing process. It requires both sustained self-reflection about which books speak the right language for us at each time, and great self-discipline. I found it hard waiting five years to read all those books that interested me but interfered with what I was writing. 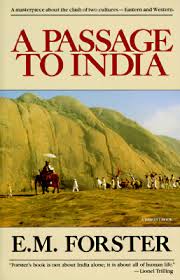 Right now, as a reader, I feel liberated. I haven’t started a new major project yet, so for now I can finally read anything I desire. In the past year I have caught up on some classics I always wanted to read, such as E.M. Forster’s Passage to India and Truman Capote’s In Cold Blood. I’ve read a lot about neuroscience, a topic that has always interested me, and more history. I have also enjoyed some contemporary fiction writers whose voices are louder and bolder, and less romantic, than my own. Now I can enjoy our differences without worrying they will hurt my work. The only area of my reading that hasn’t changed is creative nonfiction. During the writing of my memoir this was the literary space that sustained me the most. Although even here I take more liberties now. If previously I sought the most complex and experimental works of creative nonfiction to learn what was possible, now I am more receptive to the more conventionally written books too. So I binge and binge all while knowing that in some months, or perhaps even weeks, I’ll have to go back on a diet.

And what about you? What have you been reading while writing?