In an interview with Design Matters, writer Dani Shapiro stated: ‘When you bring out a memoir, the feeling is of the life being reviewed — not the book being reviewed.’ Many memoirists, as they start unfolding their lives on the page, are faced with such a dilemma: how much of your life are you prepared to offer for review? Or, in other words: how much do you reveal?

I grappled with this question as I set out to write a memoir about my experience of a severe episode of depression that saw me hospitalised for five weeks seven years ago I set the narrative of my mental illness and recovery against the backdrop of my parents’ migration to Australia from Greece in the 1950s and my traditional Greek upbringing.  Ours was a difficult and complex relationship, exacerbated by my decision to come out as gay in my early 20s. My father became extremely violent and the incident smashed the bonds between us, profoundly affecting my capacity for intimacy and love in later life.

When I started writing my memoir, I was adamant that the details of that incident were off limits. I could never reveal a family secret that no one had spoken about in thirty years nor could I expose my vulnerability on the page for all to read. Instead of describing what happened between us, I intimated at a schism that cleaved father and daughter in two, detonating our relationship. In its aftermath, we became virtual strangers. At the same time, I had no qualms in writing about the most revealing details of my mental illness including how I self-harmed and planned my suicide. I saw those aspects as essential in illustrating the depths of my depression and putting flesh on abstractions such as ‘debilitating’ or ‘crippling’, which are the words often used to describe mental illness. I wanted readers to walk in my shoes and feel my despair, that sense of drowning in a fathomless pool of blackness that I experienced in those days. 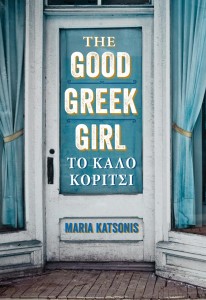 But I also drew the line at something more innocuous – writing about my experience of seeing a succession of doctors ‘shopping’ for a constant supply of sleeping pills as these helped blot out the depression. This time it was a different type of vulnerability that stopped me from recounting that incident in my manuscript. In my day job, I hold a senior role in the Victorian public service. Depicting myself as a junkie in search of her next fix could fundamentally challenge the professional image I project in the workplace – a type A high achiever who is always in control. I feared being judged by my colleagues even though I had no issues about describing in the finest detail how I took a knife to my forearms to slice open my skin.

It was the wise Lee Kofman on whose I blog I am making this guest appearance who convinced me otherwise. Lee mentored me during the writing of my book and when she read early drafts of my manuscript, she commented that I appeared too nice as a character and needed to present a more honest version of myself, flaws and all. She also challenged my decision not to write about what happened between my father and me. She said, ‘If you don’t care, the reader won’t care’. At the same time, I started to think about memoir as an art form instead of simply a chronicle of life events. What was its appeal to readers? Was it to discover their own humanity through learning about most intimate experiences of the memoirist’s self? Thomas Larson’s book The Memoir and the Memoirist deeply influenced how I approached my manuscript. There Larson argues in favour of utmost self-revelation: ‘We need emotionally revealing memoirs, authors who are willing to put themselves on the couch, under the lamp, into the darkness …’

Authenticity and a commitment to emotional truth became a guiding principle in writing my memoir. Two years after I started, I finally wrote about the savage beating my father gave me when I revealed I was gay and I also described how an immaculately dressed executive in her hand-tailored suit visited doctor after doctor in search of a chemically induced oblivion. As I wrote those stories, I was guided by the words of Canadian memoirist Wayson Choy whose writing masterclass I had taken: ‘Trust your readers, they will come with you.’ And the readers have, going by their kind and generous responses to date.

On her facebook page, writer Elizabeth Gilbert wrote that writing a novel is more personal and revealing than a memoir. She compared her memoir Eat Pray Love to a polished piece of sea glass, carefully compiled and edited. I fundamentally disagree with her proposition as I do with her conception of memoir as polished glass. I would much rather memoir made of glass that is cracked and streaked with grime.  However I do agree with Gilbert’s concluding words ‘To make art is inherently to reveal.’ So too it is with memoir.

Maria Katsonis is the author of The Good Greek Girl, a memoir about her experience of mental illness and rebellion against a traditional Greek upbringing.  She has also been published in The Age, The Guardian, ArtsHub and New Paradigm. She studied creative writing at the J M Coetzee Centre for Creative Practice in Adelaide and spent a magical week on a residency at Varuna, the Writers’ House in the Blue Mountains. During the day, she works as a policy wonk in the Victorian public service.