I think I got more lovers than useful writing advice from the various writers’ groups I tried in my younger years, even though those groups were often composed of intelligent people, and sometimes even acclaimed authors. Partly this must be due to my solitary disposition, and partly because it’s damn hard to come across writers (who aren’t also professional editors) who can guide fellow writers. Writing well and helping others to write are altogether different things. But my biggest issue with any writers’ group I ever attended was what I think of as ‘groupthink’. I noticed how often the feedback people gave in groups differed from that given in isolation. Groups tend to develop personalities of their own and the criticism can veer towards the conventional, and even moralistic. Over the years I did receive some excellent line-by-line editorial suggestions, but in terms of the big picture too often I felt nudged towards ‘normality’ by my writing peers. Of course there are some great writers’ groups out there and I know of writers who thrive in such settings, particularly if these are small and carefully handpicked groups. But for me, I lost faith.

Yet the fact that writers’ groups are no longer my thing in no way means I don’t need the company of other literati. I’ve found one-on-one relationships essential to keep myself afloat, and improving. I call these ‘literary friendships’ and see them as distinct from ‘literary networking’. Not that I am averse to the latter, but while networking sometimes feeds me quite literally as it gets me work opportunities, literary friendships feed that obscure entity of mine called ‘writer’s soul’.

Soul, you may wonder, what’s she on about? But see, literary friendships don’t have to be only about commenting on each other’s work. Rather, I find that some writers also nurture me (and hopefully this is mutual) by stimulating my mind with conversation, by introducing me to new books and ideas, and by inspiring me to survive my torture chambers – those spaces where I put my laptop down to work.

Of course in no way am I alone in this need. The myth of the solitary artist, enduring as it is, crumbles, or at least cracks, under closer examination. Literary history teems with examples of mutually stimulating friendships. Charles Dickens and Wilkie Collins, Samuel Beckett and James Joyce, Truman Capote and Harper Lee, Sylvia Plath and Anne Sexton, Elizabeth Harrower and Patrick White. I could go on and on. Even Flaubert, that famous curmudgeon, had a need for some writerly company; take his relationship with his long-suffering sort-of-girlfriend the poet Louise Colet.

He didn’t bother to see her much in person but their lengthy correspondence is a wonderful record of writers at work, brainstorming with each other, sharing their creative processes and insights. Mostly a recluse, Flaubert enjoyed similar epistolary dialogue with several other writers, notably with Turgenev. Such long-distance friendships can benefit the public too, when the letters get published. Recent examples include Instead of a Book, letters from the British memoirist Dianna Athill to American poet Edward Field, and Here and Now, which documents the exchanges between Paul Auster and JM Coetzee. Both books are interesting documents of how great minds can interlock, becoming integral to each other. 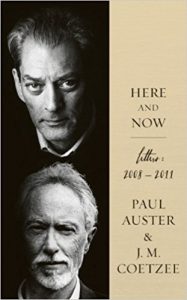 Hannah Arendt and Mary McCarthy had a more flesh-and-blood friendship. In fact at times it was so intense that their friends referred to it as a ‘love affair’. As lovers do, Arendt and McCarthy had their fiery times too; at one point they didn’t speak to each other for several years. Luckily that quarrel was eventually resolved, and both spoke of the other as having been a great influence on their work. They often honed their thinking together, debating various isms (communism, Cartesianism, existentialism), poetry and, well, sex too. McCarthy and Arendt also licked each other’s wounds when critics clawed at their respective controversial books The Group and Eichmann in Jerusalem, published almost in tandem.

A more recent circle of friends, the foursome Martin Amis, Christopher Hitchens, Julian Barnes and Ian McEwan, who knew each other before they all shot to fame. In those early days they helped each other to stick with their art. These days, the foursome is reduced. Hitchens died five years ago and Amis and Barnes, now in their sixties, are no longer on speaking terms. But McEwan remains friends (if separately) with Amis and Barnes and in this way they continue to support each other through  existential anxieties of ageing artists, such as the fear that they’ve already said all there is to be said.

Most of my own friends are writers and I depend on these friendships. However, while I ‘talk shop’, whether by gossiping about other writers, or discussing what we’re currently working on, with all, I would only explicitly call a few of these friendships ‘literary’. These special relationships fulfill quite distinct functions for me. I have several friends whose editorial insights I find invaluable and we exchange feedback whenever the need arises. With another friend, we are often each other’s first point of call to share victories, or more often defeats, steeling each other against the so-called Book Market and its representatives – publishers, festival organisers, media squads. This friend is my security blanket to ease the blows of rejections. Then recently, for the first time in my writing life, I’ve got myself a ‘writing buddy’. She is struggling to maintain a writing routine, and I’m struggling with writing first drafts which I reserve for our sessions. Once a week we meet in cafes to write side-by-side, with little talking apart from checking in what the other is working on, or to offer encouragement when one of us feels flat. Occasionally we read short passages to each other to test tentative beginnings. This weekly sessions help us persevere with our work.

While all these relationships are fairly egalitarian, I also have a friend who I enjoy looking up to, wide-eyed, open-eared. My dear unofficial mentor, Peter Bishop, the former director of Varuna (the writers’ residency in Katoomba), has been my constant inspiration for a decade now. The first time I met Peter was also my first stay at Varuna. Then a very-new writer in Australia and feeling anxious, an undeserving impostor, I was lucky that the first person I bumped into there was a kind looking, wizard-bearded man. ‘So you’re from Russia,’ he said enthusiastically upon seeing me. ‘I must then share with you a story about Anna Akhmatova…’ At once we launched into a long, intense conversation about matters of high importance to us such as snow and German poetry, and this was only the first of the many to come. During the years of our friendship, Peter has introduced me to some wonderful authors: Bruno Schulz, Antonio Tabucchi, Louis Simpson, Beverly Farmer, Sasha Soldatow. He has expanded my vision of what literature can be. I don’t think I’d have been able to finish The Dangerous Bride, my first book in English, without Peter reading its early drafts and the many conversations we had about it. Once, when I felt particularly despondent about the prospect of this book ever becoming what I wanted it to be, Peter just said in his calm way: ‘You know, you’re not only writing about non-monogamy. You’re exploring how we should live our lives.’ Something clicked then and I persevered. These days, when Peter, who lives in Katoomba, and I, are both travelling less for all sorts of reasons, I often wish I could bottle the essence of him and keep it by my laptop to spray its keys whenever I despair again. 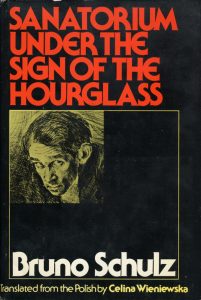 I am rich with all these friendships. What I still lack is some kind of a group. Yes, I know this goes completely against what I said at the start. But I am not talking about a workshopping group, rather something akin to the Bloomsbury Group. Or rather, it’s not even a ‘group’ as such that I crave, but a type of salon where we’d debate the larger vision of what art ought to be, what sacrifices it requires, what compromises it can tolerate. I want the gutsy company of idealistic literati to hold me accountable, to distract me from self-congratulatory tweets, to not let me get away with bullshit, to force me write the way Gordon Lish suggests we should – ‘to convict’ ourselves. I know, something so pure must be a fruit of my imagination. Surely Virginia Woolf went on about publishing deals too. But let such trivia not interrupt my dream.