Currently I’m between book projects.  I don’t know what I’m going to write next. And it’s weird I’m experiencing again the ‘plateau of boredom’ that I’d described in my memoir about my writing life Not Just a Piece of Cake; Being an Author. I don’t want to start anything. I have a vague interest in early female doctors like Dr Constance Stone, who started the Queen Victoria Hospital for women, but I’m hesitant. I feel reluctant to start anything BIG.

Recently, I re-read that chapter in my memoir, Plateau of Boredom, and realised it described exactly how I feel now. And it gave me hope that I would feel like writing again sometime. I did publish the memoir, three years ago, even after meandering on the plateau of boredom. So allow me to share the plateau with you in case you’re stuck too. 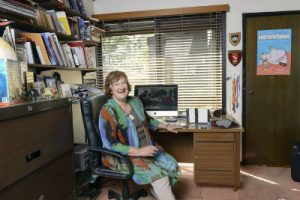 The Plateau of Boredom: The Process of Creativity: or the Writer’s Block You’re Not Having!

While driving I listen to audio books and recently was inspired by crime writer P.D. James’ memoir recording a year of her creative work when she was in her late seventies. That’s the country of the mind I would like to visit and re-visit. So in this coming year, I want to explore my own version of the process of creativity.

Creativity is like a map. I have to reach a certain plateau of boredom, a feeling that everything is flat and monotonous. Only then, to avoid the nothing-ness, I put two things together that have never been in that combination before, which becomes a new idea for a story.

The alternative mental world provides me with the terrain of variety. Rivers of thoughts. Occasional peaks. Rocky stretches of plotting when I have to find alternative routes. And glimpses of characters. (Now I could have added ‘in the fog’ but that would have been too predictable and stretching the analogy!)

This morning I woke up with that map image. I hadn’t thought of creativity quite in that way before. Early mornings are the time when I often have my best ideas, before the minutia of domesticity takes over. Ideally, I’d like a couple of hours at the computer keyboard to capture these ideas before having to shower, or make breakfast, and travel to work. That’s why, when my children were younger, I did my best writing before they woke or when I was away alone in motels on author tours.

On reflection, perhaps weekly family orienteering on Sundays provided the map image. Trying to find an elusive control on a bush map when you’re tired, and know it’s there somewhere, but you have to stop and rest for a moment. (I often looked at the local wildlife like passing ‘roos for inspiration as they always seem to know where they’re loping). And then I’d go back and try again to find the route, like plotting a novel.

A hopeless orienteer, at one stage I was bottom of the W43 which meant I was the worst woman orienteer in that age group in Australia and New Zealand. But I did get extra weekly exercise going down the wrong tracks, time for reflection and now have an ex-cartographer son.

Using an existing map is one challenge. Creating the map is another. 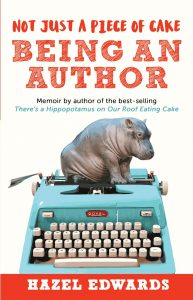 This morning I’m grateful, because I have a prospective title: The Map of Serendipity. The contradiction in terms appeals. A map is planned with co-ordinates and verifiable directions. Serendipity is that happenstance when pleasant co-incidences occur. (As well as Serendip being the original name for Sri Lanka, a piece of trivia that doesn’t really fit this concept.)

Googling Serendip provides this: ‘A word coined by Horace Walpole, who says (Let. to Mann, of Jan 1754) that he had formed it upon the title of the fairy-tale ‘The Three Princes of Serendip’, the heroes of which ‘were always making discoveries, by accidents and sagacity, of things they were not in quest of.’

That is not relevant to my ideas’ quest, and I mustn’t go down that route, especially as a sceptic more interested in hippocampus processes than beings from other worlds.  Being seduced into idea byways when researching is a dead end for a professional writer. Fascinating, but it’s necessary to return to the major project (and maybe store that item on the computer under the Follow Up Late file?). For me, serendipity carries a different meaning. 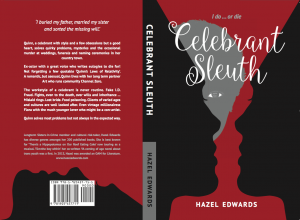 After being a professional writer since my late twenties, I’m beginning to recognise the pattern of creativity in my workstyle. After a busy period finishing multiple projects, I seem to have a barren, flat time, when I don’t think that I will write anything more. I don’t want to write anything. Can’t see the point. I turn my attention to ‘administrivia’ or ‘things that I ought to do’. When I’m on this plateau, I don’t recognise it as fatigue. Then there will be an overheard phrase, often from a child, a sign like DISABLED POKIES PARKING or PEST MANAGER OF THE YEAR, the juxtaposing of ideas, a visit to a setting which has potential to carry a story and then there’s a slight interest awakening in how all this might be captured in words.

I don’t believe in the concept of writer’s block. I think that is a self indulgence by those unwilling to discipline themselves. Routine writing can always be produced to a deadline by a disciplined professional and the quality will be acceptable to the publisher. That is adequate, but not euphoric.

For me, ‘creativity’ is the serendipitous pleasure or the joy when an idea is charted. When something that wasn’t there before, is begun, and shaped to be shared and the experience is euphoric, not routine. What follows is re-creation, on the page or screen, when the writer’s carefully chosen and positioned words re-create an approximation in the mind of the reader, of that first, significant experience.

The cake-eating hippo on the roof is an example of creation, of juxtaposing unlikely ideas which resonate with the readers.

Hazel Edwards OAM is best known for her There’s a Hippopotamus on our Roof Eating Cake (1980) series, which toured nationally as the musical Hippo! Hippo! She has written 200 books for adults and children, including the co-written YA f2m: the boy within about trans youth and Hijabi Girl with Ozge Alkan. Honors include ASA medal 2009 and an OAM for services to literature (2013). Not Just a Piece of Cake; Being an Author is her unconventional memoir based on anecdultery. Adult mystery Celebrant Sleuth: I do or die… is her latest novel. More information at www.hazeledwards.com