The writer Annie Dillard likens the process of writing to taming. She writes in her now-seminal book, ’On Writing’:

A work in progress quickly becomes feral… it is a lion growing in strength. You must visit it every day and reassert your mastery over it. If you skip a day, you are, quite rightly, afraid to open the door to its room.

Dillard practices what she preaches, writing regularly for long hours, often while sitting (or kneeling) on a backless chair. She prefers to write in the least stimulating environments to avoid distractions: ‘One wants a room with no view, so imagination can meet memory in the dark’.

The good news is that many worthy books have been written near windows with pleasant views and – as I have discussed in my other posts ‘Writing from the body’ and ‘On Writers and Cafes’ –  with some writers indulging themselves in food and drink in cafes, or even reclining on couches and beds. However, while austerity doesn’t appear to be essential to the business of writing, Dillard’s suggestion of daily taming makes great sense. All serious writers I know of seriously practice writing regularly. Balzac’s working habits, for example, make Dillard seem lazy by comparison; some biographers even blame his fragile health and death at fifty-one on his taxing writing schedule. This is how he described his daily routine:

I go to bed at six or seven in the evening, like the chickens; I’m waked at one o’clock in the morning, and I work until eight; at eight I sleep again for an hour and a half; then I take a little something, a cup of black coffee, and go back into my harness until four. I receive guests, I take a bath, and I go out, and after dinner I go to bed.

At this pace, Balzac managed to produce eighty-five books (some of them, though, of questionable quality).

Yet strict writing discipline doesn’t automatically result in an early death nor a prolific output. This is how another hardworking writer, Philip Roth, depicted his writing process:

Still, even though he is a slow writer, by writing regularly Roth has produced over thirty books.

Unfortunately there is no way around this – to be a writer one needs to write. Yet Roth, like Balzac, belongs to that fortunate, and nowadays almost extinct, species of writers who make a living from writing. Besides, they were unencumbered by children. Yet even for those of us who need to earn a living non-literarily and/or wipe little noses and bottoms, there is still hope. Apparently, many writers complete manuscripts amid life’s busyness. Think of T.S. Eliot and Kafka who worked in banking and insurance respectively.

The secret of the more burdened lion tamers lays not so much in the quantity of snatched writing hours as in their frequency. This is how Natasha Lester – Australian novelist, blogger and mother of three children who wrote the latest guest post for this blog – finished two books during seven and a half years when she wrote five days a week for two hours only each session. Writing daily for some hours is much more likely to result in the completion of a manuscript than random writing outbursts, even if the latter last for days. Allow me here to burst the Kerouac bubble. The story of him writing ‘On the Road’ in a three-week-long binge is one of those writing myths that inspire many aspiring writers. Yet the more realistic, and less known, version of this story is that prior to those three weeks, for seven years Kerouac had struggled writing this same novel. During that time he took voluminous notes and, in fact, created several early versions of ‘On the Road’. 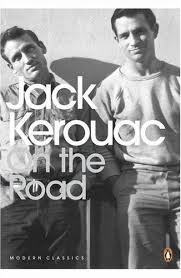 What is it about regularity that beats the romantic notion of the spontaneously inspired author exhausting himself in the spur of creation? It seems that to tame your growing manuscript you have to be intimate with it. This is because, I believe, an enormous part of writing unfolds in the swamp of the unconscious. Helen Garner describes this process in her interview in the book ‘Making Stories’:

Even when you think you are idle, just walking around gaping at the world, you are actually working quite hard, in that part of yourself which is not amenable to organisation or routine or even conscious control…

Paradoxically, to activate such a creative process not amendable to routine we need to be in touch with our work routinely, at least several times a week. The book-in-progress needs to infiltrate our skin, ooze out of our pores. Then we will dream and daydream it; ideas, scenes, metaphors will occur to us while washing dishes or making love. If we record them in time, these notes will guide our next writing session, thus rendering even a short writing time productive.

I wish I had thought of all this years ago when – being a painfully slow writer who abhors writing first drafts – I’d avoid regular writing unless I was in the process of redrafting, which I love. But first drafts I wrote in outbursts that would last for a day or a week, often punctuated by weeks or even months where I’d feel blocked. In those years I started then discarded several books, which grew feral and overwhelmed me. I felt estranged from them, having lost my initial desire and vision in the mess of disjointed scenes and rambling notes. Even those works I did manage to complete were written with unnecessary difficulty, because I was writing in spurts.

When I wrote irregularly, my procrastinating tendencies were particularly pronounced. Because of that feeling of disconnect that I had from my work, each time I sat down to write I’d be so scared to get started that instead I’d do anything else – even a tax return.

Yet it wasn’t all about procrastination and aversion to first drafts. My misplaced priorities also came in the way of regular writing practice. I felt uneasy considering writing to be a serious business even if since childhood I had wanted to be a writer. To take writing seriously was to open myself to failure, because talent and success in this field are so elusive. So I scheduled writing as if it was an indulgence that should come last after study, work, domestic responsibilities, even social arrangements. Which was really paradoxical, since often those writing sessions felt like torture rather than a luxury.

A few years ago a shift in my thinking occurred for many reasons, but in large part because I enrolled into PhD (not in creative writing though). My academic writing isn’t bound with my self-worth the way creative writing is. I treat the former as a task to be accomplished and hopefully enjoyed as I engage with, and develop, ideas on subjects that interest me. So I don’t avoid such writing the way I do with creative writing. As I worked on my PhD, it gradually occurred to me (aided by some reading about how creative writers work) that regular writing makes writing even first drafts bearable. I noticed that if I ended a PhD writing session feeling dissatisfied, at least I knew that I had the next day and the one after to keep improving the work. In this way, the feeling of failure is replaced by a more hopeful sense of ‘there is always the next session’. Doing a PhD taught me the lion tamer’s lesson – taming is an incremental process. I then transferred this knowledge onto my creative work.

However, it is not only our manuscripts that possess leonine features. Often the establishing of the writing routine is no less terrifying. To tame myself into submission I have developed a plan which I call ‘flexible discipline’. Every week I schedule writing time in my diary as if these sessions were teaching gigs or doctor appointments. I ensure I have at least three days a week to write for at least three hours at the time. However, to achieve the many other things I do, such as mentoring other writers or caring for my baby, I have no ongoing regular days. I re-schedule writing time every week around my other commitments.

Of course it is not only finding the time that is necessary to establishing a solid writing routine. Sometimes the chief difficulty is to get going, to beat our greatest enemy – procrastination. In next month’s post I’ll offer some strategies for getting around this problem. In the meantime, if you have any ideas, please leave a comment here.