To follow on my last post in which I sang the praises of creative nonfiction, this month I’d like to share with you some stuff I have learned about working in this often misunderstood genre (after much trial and error). Here are my top tips.

The most obvious, and least sexy, tip is that to engage deeply with creative nonfiction you have to read as many books in this genre as you can. Of course every writer knows, or at least so I hope, that reading for writers is as important as the writing itself. Yet, in creative nonfiction, reading may play even a more significant role, because – as I discussed last month – works published in this genre are so diverse, playful, surprising and elusive to definitions, that the best way to understand creative nonfiction is by experiencing it.

I suggest starting with creative nonfiction classics – the likes of Truman Capote’s In Cold Blood, Ernest Hemingway’s A Moveable Feast and Joan Didion’s Slouching towards Bethlehem. It is also not a bad idea to read some examples of popular creative nonfiction. Well, maybe don’t stoop as low as Eat Prey Love, but say Gretchen Rubin’s The Happiness Project. Finally, read the most adventurous current practitioners, such as Geoff Dyer, Maggie Nelson and David Shields. If you haven’t read these writers yet, I’m really jealous of you. Reading them is a sort of revelation. 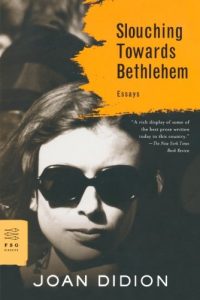 Craft your ‘I’ with great care, as if you were a fictional character. Don’t be earnest about how you portray yourself, but creative. It is commonly understood amongst creative nonfiction writers, and also dedicated readers, that the ‘I’ in the work doesn’t equal the author, that it is a version of her, shaped to fit the story. For example, my memoir The Dangerous Bride was set during a troubled time in my life when my marriage was unravelling. To fit the narrative’s drama I underplayed the more organised aspects of myself and emphasised my confusions and inconsistencies. I even portrayed myself with constantly dishevelled hair even though in reality I sometimes do brush it. I wasn’t faking, but rather working along the lines of advice from Robin Hemley, who in his book about creative nonfiction, Immersion, wrote: ‘It’s possible to be completely honest about yourself and at the same time selective and manipulative in the details you choose, for the sake of keeping the prose focused…’ To reveal the emotional truth of our stories without boring our readers silly we are ‘allowed’ to reveal about ourselves just the stuff that is relevant to the particular story we are telling. 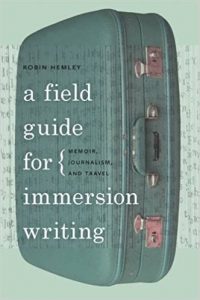 In writing creative nonfiction we often engage with our past. Yet memory, as we all know, is a fickle, capricious princess. Sometimes it’s worth admitting that our memory is more a suspect than a trustworthy assistant and to write this tension between truth and fiction into the work. Here is a warning though – discoursing on memory has become somewhat of a cliché in creative nonfiction and it is all too easy to slip into self-indulgence here. I have little patience for memoirs and personal essays where every second sentence contains qualifications, such as ‘but maybe the wallpaper was yellow, not brown’ or ‘I don’t remember why I decided to slap my sister.’ My suggestion is – to tread lightly in this territory and discuss memory’s puzzling workings only where it is crucial to the narrative and/or when you can say something fresh on the topic. After all, what your readers are really after is a good story and thoughtful reflection, not tedious mumbling.

Ethical concerns, such as this question of memory’s accuracy, proliferate in creative nonfiction, which is what makes this genre so risky to work in and therefore exciting too. It may ease the pressure a bit if we, writers, admit that such concerns are actually a part of the story we are writing, rather than something to deal with on our own, in guilty secrecy. In fact, sometimes, when written into the story, our dilemmas can become the most interesting part of the work, deepening it greatly. Helen Garner’s investigative journalism is a fine example of such writing. In her true crime book, Joe Cinque’s Consolation, for example, some of my favorite parts are where Garner questions her own motives for following the murder story and her biases in how she interprets the case, because these passages illuminate the complexity of human psyche and make us, readers, question ourselves too. 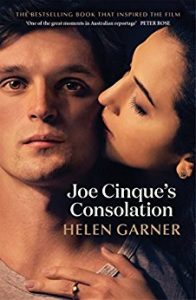 Make your work reflect life’s complexity; don’t look for neat resolutions where there are none. One of the things that can kill a work of creative nonfiction is an imposed simplification of the reality being explored. Such simplification is particularly common with bad memoirs where authors often rush to offer redemptive endings to their, sometimes harrowing, life dramas as if every difficulty can be ‘fixed’. Instead, I suggest, to stay with the ambivalence and uncertainty if this is what’s true to our experiences.

The following advice may sound arrogant, but I think is just practical, and may even make the difference between your finishing your project or losing confidence in it (the latter happened to me once). Don’t show your works-in-progress to fiction writers! The parameters and conventions of creative nonfiction differ significantly from fictional ones, despite the many overlaps, and are often quite alien to fiction writers, particularly those who focus on the storytelling aspects of writing and are less interested in ideas. Showing your personal essay to a novelist would be like asking a news reporter for advice on a poem.

Finally, I think it’s important to be vigilant about how emotionally honest you are prepared to be in your creative nonfiction project. If there are many things you feel you cannot say because you are not prepared to offend people, or because you don’t want to expose yourself and make yourself vulnerable, then in my view it is not worth writing this particular work. It is better to focus on writing something else, maybe fiction, than to end up with a falsely ringing, sentimental piece of writing.