The imminent beginning of yet another year makes me think about other beginnings – those first pages, paragraphs, sentences, words that pull readers into our tales. How do we make them sing?

Most obviously, banality is the enemy of good writing. Yet in many openings of published and unpublished works I read clichés creep in, often because of the current fashion to begin stories mid-scene, where characters are ‘doing’ something. Such an opening can be effective of course, yet scene-writing – with its focus on the action – lends itself to clichés. How many books begin with someone staring out of the window into a meadow, or running for their lives, or tracing something cool with their finger? We can maybe get away easier with such descriptions in the middle, but to entice intelligent strangers to stick with our stories we need to work harder.

Think of this beginning:

In my younger and more vulnerable years my father gave me some advice that I’ve been turning over in my mind ever since. ‘Whenever you feel like criticizing any one,’ he told me, ‘just remember that all the people in this world haven’t had the advantages that you’ve had.’

This is the opening of The Great Gatsby, hailed by some critics as ‘the perfect novel’. Here we are at once plunged not into the action, but into the mind of the narrator who confides something urgent to us, thereby immediately creating intimacy with the readers. Moreover, this start hints at a dramatic narrative to come to do with moral dilemmas around our tendency to both judge and empathise, and the problem of social inequality. In short, these first sentences suggest that this novel is going to be one of substance, and do so without pomposity. This suggestion is conveyed by the measured voice of a sympathetic narrator.

Gordon Lish, the legendary editor, famously declared writing to be an act of seduction. ‘Don’t think in terms of communication but in terms of what enchants,’ was his advice to writers. The siren call of Lolita’s first line comes to mind:

Lolita, light of my life, fire of my loins. My sin, my soul. Lo-lee-ta…

There is no clear communication of meaning here, but a wail, a maddening sound of yearning coming out of a conflicted soul. This opening is closer to music than to literature and, like all excellent music does, it sweeps us off our feet, sets fire alight in us too, makes us feel alive. So of course we follow Nabokov, like the poor Homeric sailors followed their marine enchantresses – at our own peril. 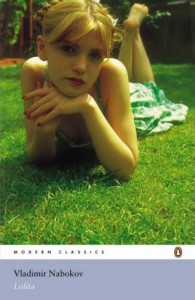 If Nabokov seduces us on a gut level, some writers do so more explicitly:

Secrets are my currency: I deal in them for a living. The secrets of desire, of what people really want, and of what they fear the most. The secrets of why love is difficult, sex complicated, living painful and death so close and yet placed far away.

Thus begins Hanif Kureishi’s marvelous novel Something to Tell You. The intelligent, inquisitive narrator is a therapist burdened by his own terrible secret. We don’t know this fact yet, but the opening already tells us that secrets and their revelation are at the heart of this book. Although the tone and content here differ greatly from those of The Great Gatsby and Lolita, all three openings feel urgent in their promise to examine the most important stuff of life – compassion, love, death, sexual desire.

‘Put all your deaths, accidents and diseases… at the beginning,’ says the renowned writer Annie Dillard. Drama, of course, is terribly seductive. The first page of Leviathan, a novel by Paul Auster, hooked me in at once:

Six days ago, a man blew himself up by the side of a road in northern Wisconsin. There were no witnesses, but it appears that he was sitting on the grass next to his parked car when the bomb he was building accidentally went off… As of today (July 4, 1990), no one seems to have any idea who the dead man was… As far as I am concerned, the longer it takes them [to identify the man] the better. The story I have to tell is rather complicated…

The ingredients in this opening are just right: first we get the media-like dry yet intriguing report about a mysterious would-be terrorist who accidentally kills himself on American Independence Day. Next we discover there is actually a specific narrator here who, even more interestingly, has a personal stake in this mystery and promises to reveal the identity of the terrorist and tell us the ‘complicated’ tale behind this puzzling news item. What a perfect honey trap for the readers. 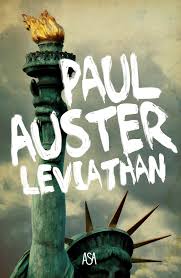 Yet writers don’t have to always rely on extremes of emotions, mystery, profound philosophical quests or dramatic events to seduce their readers. We can achieve our purpose also by starting with the familiar, the relatable, like Jeffrey Eugenides does in The Marriage Plot:

To start with, look at all the books. There were her Edith Wharton novels, arranged not by title but date of publication; there was the complete Modern Library set of Henry James, a gift from her father on her twenty-first birthday; there were the dog-eared paperbacks assigned in her college courses, a lot of Dickens, a smidgen of Trollope, along with good helpings of Austen, George Eliot, and the redoubtable Bronte sisters.

This opening description of the protagonist’s library works well towards her characterisation, yet I believe this is only its secondary benefit. More importantly, such a beginning with its chant-like recitation of names of familiar writers is likely to induce a feeling of contentment in us. As most potential readers of Eugenides’s novel would be, I am also bookish and feel snuggled and happy in the world of books. I am always interested in what other people read, and can relate to the character’s collecting and cataloguing of books. So no wonder this opening enticed me to keep on reading, and reading actively – by comparing and contrasting my literary preferences with those of the protagonist. Once such active reading is established, we rarely let go of the book.

Some effective beginnings are seductive tacitly rather than explicitly. There is nothing particularly exciting about the first lines of Mikhail Bulgakov’s masterpiece Master and Margarita:

At the sunset hour of one warm spring day two men were to be seen at Patriarch’s Ponds. The first of them – aged about forty, dressed in a greyish summer suit – was short, dark-haired, well-fed and bald…

The charm of this seemingly mild opening works on a more subliminal level. In fact, Bulgakov here demonstrates a storytelling authority that goes back to old-old times, to the allure of ‘Once upon the time’. The relaxed voice, the leisurely orientation in place, time and even season, and the omniscient narration of the meeting all induce in readers some primal sense of comfort and trust. Relax, lean back and listen to me – this opening seems to say – for I’ve got a good tale to spin. We trust Bulgakov that this ordinary encounter between two seemingly unremarkable men is going to be worthy of our attention. Indeed, soon one of them will lose his head in very odd circumstances. Had Bulgakov chosen to start with the beheading, the beginning would have been more seductive for some. Yet Bulgakov’s choice, I believe, is particularly suitable for this book where events are often sensational, even improbable. The rather mundane start eases us better into the fantastic world of this novel by first establishing a more realistic, palatable platform for what’s to come.

Some beginnings are so crucial to the work, they shape our reading of the entire story. The opening of the short story My Brother and the Girl from Surat Thani by the Israeli author Lior Ofek, exemplifies the effectiveness of this way of writing:

A month before he enlisted into the army as a paratrooper and eight months before he met his death in a clash with terrorists on the northern border, my little brother came to visit me in Bangkok.

The rest of the story isn’t particularly heartbreaking, but rather amusing in its narration of a series of (mis)adventures of four young Israeli men in the glaring nightlife of Bangkok. Yet the knowledge of the imminent death of one of them – the 18-year-old brother – renders everything poignant, at times almost unbearable, and always meaningful. You sit on the edge throughout the entire story.

In my own work I vary my opening tactics. Yet my preference is, where possible, to begin in the spirit of The Great Gatsby. This is because my work tends to have many digressions, a style which can enrich the writing but also obscure the heart of the work. Therefore I strive to write beginnings which signpost the essence of what I’m doing. Most recently, I opened my memoir The Dangerous Bride: Memoir of Love, Gods and Geography with the following sentence:

The night before I married Noah, in the oldest Australian synagogue in Ballarat, I kissed a girl dressed in a nurse’s uniform.

I settled on this opening, because the central drama of my book – my desire for both security and adventures – is there, and of course the main themes of love, gods and geography against which this conflict of mine plays itself are already apparent. This start was written not only to entice the readers into the book, but also as a signpost for myself. During the writing of this memoir, whenever I got lost amongst its sub-themes, I re-read that first sentence. It became my lighthouse. And perhaps this can be another purpose to consider when thinking of how to begin our tales.