Sometime after my memoir The Dangerous Bride came out, I received an email from a woman who had read my book. Her name was Anna, she was of a Russian origin and lived in Melbourne. There was also a Russian ‘Anna’ (pseudonym) from Melbourne in my book. The woman felt disturbed by this fact and emailed to assert that she and I had never met. I don’t want people to think it was me, she wrote.

This was a puzzling concern, considering that Anna is a name as common among Russians in Australia as Anne would be amongst people from Anglo-Saxon backgrounds. It was even more perplexing since ‘Anna’ in my book is a very minor, non-descript, character. All that is known about her is that she is a friend of my aunt and that I briefly housesat in her beautiful home with creamy curtains and a rose-filled garden. I never imagined someone might get upset on the account of my ‘Anna’.

I did, though, have many other anxieties during the writing of this book. It took me five years to write it and whenever I complained about that to my friends, they’d remind me kindly that at that time I was also completing a PhD, teaching, getting divorced, re-marrying and producing my first child. But actually none of these facts explains why it took me so long to write The Dangerous Bride. The truth is, I wrote slowly, because writing it terrified me. My memoir tells the story of my misadventures in trying out non-monogamous relationships. And of course, as most memoirs are, The Dangerous Bride is not only an exposing book for me, but it is also an expose of other people involved in my story and I felt much guilt about this.

I worried about misusing the whatever power my pen may possess. Most obvious was my guilt that I was revealing uncomfortable stuff about my former partners. Then there was my mother, who frequently features in my work and who – when she knows I’m working on something new – says: ‘Oy vey, Lubochka, what will you write about me now? That I drink vodka and beat up your papa?’ (For the record, she does neither of these things!). Somehow my mother, a wig-wearing orthodox Jew, even snuck into my book about non-monogamy, appearing on its very first page following the opening scene, where I kiss an attractive woman in a fetish club, and onwards. No wonder I was worried how she would feel about my book.

The Dangerous Bride also describes my conversations with other people who experimented with non-monogamy and I worried I wasn’t representing them adequately, and that I’d offend them by describing them the way I saw them. I also worried that people I wrote about could be recognised, so I changed many of their personal details, then worried about the potential loss of authenticity. In short, I continuously felt torn between various ethical considerations and my commitment to emotional honesty in writing. Eventually, my anxiety escalated to the point where every time I sat down to write, I felt my study was crowded, haunted by the ghosts of my characters, and they were all telling me I was completely in the wrong, that I didn’t get them, that I used them, that I was full of shit.

And yet I had to keep going. Before I began this book, for several years I tried not to write it, to write something else, and as a result I got writer’s block. It felt as if the story of my non-monogamous quest was exerting a volcanic pressure upon me and the only way I could release it was to tell it. Besides, I suspected my tale might be of some interest to others too, even those disinterested in non-monogamy, because I was really writing about love, trying to understand its nature, and its relationship to sex and romance and the everyday life. More generally, I was writing about that eternal conflict many of us know too well between want of security and the equally powerful desire for risktaking. So I clenched my teeth, literally, and kept writing. 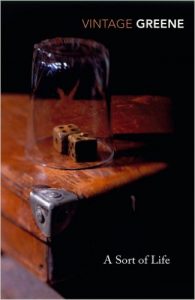 ‘There is a splinter of ice in the heart of a writer,‘ Graham Greene suggested in his autobiography A Sort of Life. Joan Didion, one of my literary idols, echoed him, noting that ‘writers are always selling someone out’. Nonfiction writers and fiction writers whose work is inspired by their lives can be placed on a continuum in terms of their ethical decisions about how they represent others.  On one end of this continuum sit the toothless books – those which cause no harm and tell no truth. Usually their authors are decent, considerate people who tend to ask their subjects’ permissions even before they start writing, then run their drafts by them, modifying them to gain approval. However, while gaining permission may minimise individual hurt and relationship-risk, it usually maximises writing-risk, resulting in work that reflects how other people wish to be seen rather than a writer’s thoughtful analysis of people’s actual behaviour and motives. As Helen Garner writes ‘writing, it seems, like bringing up of children, can’t be done without causing damage’. The uncomfortable truth is, the marriage between worthy literature and decency is an uneasy one, since describing humans and their relations honestly inevitably requires a measure of hard-heartedness.

On the other end of the continuum Karl Ove Knausgaard sprawls royally with his Proustian autobiographical opus My Struggle consisting of six thick volumes, where he at least appears to tell it all – slashing his own face with a razor, the resentment he often feels towards his wife, his mother-in-law’s secretive alcoholism. While I definitely wouldn’t want to be related to Knausgaard, when I want to get closer to the truth of human experience, I can always turn to his work. 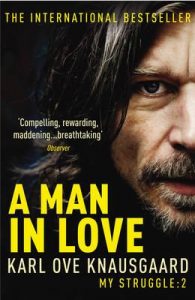 Yet the price Knausgaard and people close to him pay for the wonderful artwork he produces is a heavy one. It is known, for example, that the publication of My Struggle put enormous strain on his marriage, including possibly triggering a relapse of his wife’s bipolar disorder. Fortunately, the ethical terrain between Knausgaard and those non-offensive, and artless, books is vast. To find my own place there, during those five years of torturous writing I managed to establish for myself some ground rules which kept me going. Helen Garner was instrumental in building my ethical tool kit. I particularly found useful her fabulous essay ‘I’ which discusses these dilemmas of writing about others. She writes:

The deal is this: if I’m rough on myself, it frees me to be rough on others as well. I stress the unappealing, mean, aggressive, unglamorous aspects of myself as a way of lessening my anxiety about portraying other people as they strike me.

In this spirit, I promised my former husband ‘Noah’, one of the main characters in my book who while not trying to stop me from writing this memoir made it clear he wasn’t happy about it, that I’d be much harder on myself as a character than on him, and I hope I managed to do so. Another strategy I used when writing about others was what I call ‘tell your story, not their secrets’; I took care to only tell those details about my characters which bore direct relevance to my own narrative. This doesn’t mean I did no harm, rather I tried to minimize it as much as I could without compromising the emotional honesty of the work.

Back to Anna’s anecdote, or rather to what it stands for – the unpredictability of consequences of writing a book involving real people – unpredictably, the eight months since the book’s publication haven’t been as dire as I feared they might. No one but that mysterious Anna has contacted me to complain, and some of the people I interviewed even attended the book launch. My mother, to my horror, is currently reading my memoir but it seems that by now she’s so used to being a feature in my work that she no longer bothers to complain. I even get the sense that, secretly, she enjoys being one of my chief muses. ‘Noah’ simply said he wouldn’t read the book. Thus, for me, at least for now, the worst consequences of telling my story played themselves out inside my mind.

But not all writers are so lucky and sometimes people written about get seriously hurt, and/or hurt back, as Knausgaard’s case demonstrates (the publication of his work also attracted much backlash in his native Norway). From my writer-peers I sometimes hear stories of crumbling relationships, and even attempts at revenge. Yet usually these come from people with whom they had toxic relationships to begin with.

So yes, writing about others is not for the fainthearted and/or the perfectly decent. But when writers do take real – not tame – risks, the artwork usually shines. Still, I am no advocate of utterly ruthless writing and not only for ethical, but also artistic, considerations. The latter kind of writing risks becoming artless, because it may slid into the tedious territory of complaint and revenge. In my view, it is healthy to worry about people we write about not just out of empathy but also because such concern keeps us on our toes, forcing us into scrutiny of our own motives and behaviour, while putting even more effort into understanding others’ perspectives, which is what good writing should do. Moreover, the tension generated by such concerns usually makes the resulting works feel urgent not only for writers, but also for the readers.

From my writer-peers I sometimes hear stories of crumbling relationships, and even attempts at revenge. Yet usually these come from people with whom they had toxic relationships to begin with.

And what is YOUR experience of writing about others?