It was on a balmy evening in Mozambique that I discovered my love of writing groups. I was working there as a volunteer teacher. With lots of free time and few distractions, I hoped to revise a manuscript I had been working on during grad school. Little did I know, the roommate I was paired with happened to be a fellow New Yorker as well as a fellow writer. During those long, mosquito-filled nights, we munched on mangos and cashews from the garden while reading each other’s work and offering suggestions.

This was the first time I shared my work with another writer. Her feedback was more helpful than any I had received from friends and family. Instead of hearing ’I don’t know, I just didn’t like that section,’ I heard feedback like, ’Switching to third-person here was distracting and made it harder to relate to the character.’ As a writer, she acknowledged the challenges I was facing while sharing specific advice that I could work with. 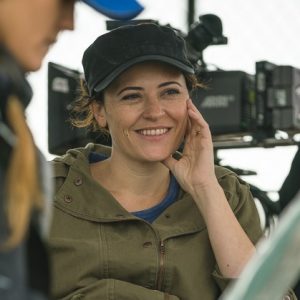 When we got back to New York, we decided to continue sharing our work and we invited friends to join us. With more people, the feedback became more dynamic, there were more writing styles to learn from, and we had a larger creative community.

In the eight years since, writers’ groups have become one of my passions, because they offered me accountability, routine, support and feedback that has helped me reach my goals and made me a better writer. I have started several groups throughout NY, online and in person: groups for poetry, fiction, playwriting and screenwriting. Many of the group members have gone on to become published authors and, more importantly, close friends.

Over the years I’ve learned a lot about what works and doesn’t work in writers’ groups. Here’s a list of my top ten tips.

As I wrote this list I realized I sound like a harsh drill sergeant. In actuality, my writing meetings are a ton of fun and relaxed. These rules keep the drama on the page and not in the group! Contact me at writerswork.org if you would like a copy of the questionnaire I use when starting a new group.

Tracy Sayre is a novelist and screenwriter. As founder of Writers Work, she organizes conferences, retreats and workshops for writers in NYC. Her short film, Lily + Mara, will be hitting the festival circuit in 2017 and it stars Oona Laurence and Meghann Fahy. She lives in New York City with her husband, two cats and many shelves of books.

Beyond Monogamy: Love Outside the Mainstream at Wollongong Writers Festival, a panel with Paul Dalgarno & Jinghua Qian, 28th November at 11am.

I’m launching the anthology of Elwood Writers,  Every Second Tuesday via Readings. 9th December at 6:30pm.

Online in-conversation with Josephine Taylor about Eye of a Rook at Avid Reader, 9th February at 6:30pm.