The Tattooist of Auschwitz is ‘based on an incredible true story’. Those words are stamped on the front cover of my novel. What they don’t say is how finding and telling a true story can change the life of the writer forever.

For writers who, like myself, always search for the amazing true stories that exist but are yet untold, let me tell you a little about the impact hearing such stories, and being entrusted to tell then, might have on you and on the story’s owner. Yes, this is a warning. A warning of the need to take care of both the person telling the story, and just as importantly of yourself.

I’ll tell you about Lale Sokolov first. Not as he was in his youth, you can read that story in my book, but about the 87-year-old Lale – how we met and the friendship we had for three years. Lale and I met eight weeks after his wife, Gita, died. By then I had written several screenplays based on real events. I was asked to meet Lale as ‘he might have a story worth telling’.

On the afternoon of the 3rd December, 2003, I knocked on a door and was greeted by a quiet unassuming, elderly man, a dog either side of him, one the size of a small pony the other smaller than my cat. I sat at his kitchen table. Grief stricken, with hands that shook, a voice that quivered and moist eyes he tried to tell me his story. I drank the coffee he made – weak, lukewarm, (something that never improved over the next three years). His two dogs sat either side of him, eyeing me suspiciously.

I began the conversation by telling him a little about myself, that I was a New Zealander and worked in the Social Work Department of a  hospital in Melbourne.

I learned that Lale had been a Slovakian Jewish prisoner interned, like so many others, in Auschwitz. I heard bits of incomplete stories, vignettes of Lale’s two and a half years as the Tätowierer in Auschwitz / Birkenau, where he inked the numbers now synonymous with the Holocaust. I heard enough to realise I was sitting with living history, with a man who definitely had a story worth telling. I was also hearing the greatest love story imaginable. In July 1942 Lale held the hand of 18-year-old Gita, looked into her eyes and her soul, and fell deeply in love with this young girl dressed in rags, her head shaven, trembling with fear as he tattooed the number 34902 onto her left arm.

At one point he got up and retrieved a photo from a nearby console. A smiling Gita looked at us both. ‘She was beautiful, wasn’t she?’ He clutched the photo to his chest. Gita then had now joined us. (His dogs, having determined I was not a threat, lay sleeping at his feet.)

As the conversation continued, I grew exhausted, emotionally drained. I couldn’t comprehend a lot of what I was hearing but I didn’t want to leave. Lale started to get restless, though, and I realised he’d said enough for now. I placed my hand over his and asked if I could come back next week. He grasped my hand and said he’d like that.

Lale was a reluctant interviewee at first. He seemed confused, he wanted his story told but he didn’t want to tell it. It was obvious he was grieving terribly as he repeated often how he wanted to be with Gita. I hadn’t taken any recording or writing material with me choosing to just listen to the man. I felt any type of recording would break the spell he seemed to be under while talking to me. After our meetings I’d race home, to write what I’d heard. 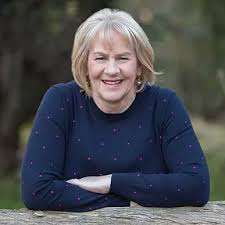 For several months I visited Lale two or three times a week. I was getting his story out piecemeal, often told at bullet pace with limited coherency and no narrative flow. But it didn’t matter. Sitting with him and the kiddoes, (his dogs), listening to what was essentially the ramblings of an old man, was spellbinding. Gradually I was starting to make sense of his convoluted story, the significance  of which began dawning on me.   This man was what historians call a ‘privileged prisoner’ and had had access to some of the most infamous men of Auschwitz Concentration Camp, including Dr Mengele.

I spoke to a colleague, concerned that I was doing harm to Lale in allowing him to talk at length to me of what was clearly an incredibly painful time. She instructed me to take it slowly, never push for clarification or further explanation even though I knew there was so much more to tell. She assured me he would not tell me anything he was not comfortable telling. And this was so true. She also cautioned me on the need to ‘shut him down’ when we had finished talking about his time in Auschwitz/Birkenau. Don’t leave him in that head-space.

I was lucky that sport was something I could come back to and end my time with Lale debating who the better tennis player of the day was, or why his favoured football team was not playing well. Every second or third of my visits we would go out for coffee, or to a movie, meet up with some of his old friends where I would scold him when he introduced me as his ‘girlfriend’. He would come to my home, spend time with my family and only when he was ready would he go to that dark place within him. I cannot stress how important this approach was in getting to know Lale well enough for him to reveal details of his life not told to anyone before, even kept hidden from his son, who would learn about them only on reading my manuscript.

It happened gradually, I was not aware of it initially, but my family were. Like a lizard shedding its skin, Lale shed the horrors of his past, and yes, survivor’s guilt. Unlike lizard’s discarded skin, his did not remain on the ground as he moved on, but settled on me, a cloak over my shoulders, weighing me down. I would return to my husband and adult children morose, sullen and not wanting to talk. I told myself I needed to protect them from the terrible things that had happened to Lale, someone they had come to know and love. The problem was, myself I remained unprotected.

Transference, my colleague diagnosed. Classic case. When a person had lived through severe trauma and subsequently found someone to whom they could truly convey the depth of their experience, they were likely to feel liberated from owning their pain outright. But I, too, needed strategies to deal with the trauma I experienced vicariously, to detach from Lale’s pain. I needed to learn to leave it behind every time I left his house.

My way of emotionally separating from Lale’s trauma was by saying goodbye to him, then parking my car a street or two away and sitting and listening to music that I found uplifting.

If you woke up in the morning it was a good day.

These were the words Lale had lived his life by. I now found myself reciting them each morning. I realised that Lale gave me not only his trauma but also a powerful new viewpoint. I was privileged to have been given access to the innermost secrets of a person who had lived through the worst of times. I found myself looking at my life through a different lens, transformed by spending time with someone who had not only survived living hell but who had gone on to have a wonderful life. I needed to attempt to live the best life I could. I changed the way I viewed material possessions, and I began spending more time with my family and friends.

Two hours before Lale died I kissed him goodbye and told him I would never stop trying to tell his story. On the day my book was released in Australia, I visited him and Gita at the cemetery. This time I got to do all the talking. I got to tell him ‘I kept my promise Lale, I kept my promise.’

Heather Morris is a native of New Zealand, now resident in Australia. For several years, while working in a large public hospital in Melbourne as a social worker, she wrote screenplays, one of which was optioned by as Academy Award-winning screenwriter in the US. In 2003, Heather was introduced to an elderly gentleman who ‘might just have a story worth telling’. Lale Sokolov entrusted the innermost details of his life during the Holocaust to her. Heather originally wrote Lale’s story as a screenplay – which ranked high in international competitions – before reshaping it into her debut novel, The Tattooist of Auschwitz.