The unconscious preserves our cultural memory and before Jung and Freud, this was acknowledged by rabbis who insisted that every Jew, past, now and future are witnesses to Sinai.

We search to understand our cosmos, and are dismayed that it is only physical.  But that is not to exclude the reality of a moral universe that like webbing overlays our home. Every voice, observant or not, which expresses its unlocked soul contributes to the raw, almost primal early Torah that as it is written, grows more and more in poetry.

We are still sublime. The most troubled man I met briefly was Allen Ginsberg, but as he searched for tribute to his mother in Kaddish, he tapped into the vein of ore that was his heritage. He wrote from his dovecot, found a spirit mysterious and fearful as himself and sang. 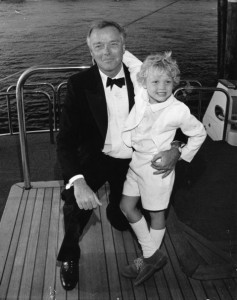 Often I want to shelter in the wilds of river stars, sweep their banks and fire signals beyond the boundaries of eastern dawns. But my interior is a synagogue and there, like scratches on a pyramid or graffiti in New York, I leave marks

I have searched in me

and sensed a cosmos

fleet and shy. It changes

coats in wintertime; I

wait for the music of

your reply, who are

destined for my side and

are most beautiful in boughs

and cloths of late light.

I am unexpressed, turn

Our words cascade like sheep from the hills. They shoulder together beneath Sinai. We add, consciously or not, to an unfinished Torah, and are heard.

Charles Bane, Jr. is the American author of The Chapbook (Curbside Splendor, 2011) and Love Poems ( Kelsay Books, 2014). His work was described by the Huffington Post as ‘not only standing on the shoulders of giants, but shrinking them.’  Creator of The Meaning Of Poetry series for The Gutenberg Project, he is a current nominee as Poet Laureate of Florida. More at: http://www.charlesbanejr.com