The historical romance novel is today one of the most popular genres in women’s fiction. As an avid reader, I, as many of you no doubt do, enjoy reading a variety of genres. This week I’m reading an autobiography, next week it might be a thriller, but I always find my way back to historical fiction.

For some reason I’ve always been drawn to history. Unlike a lot of my friends at school, I loved, loved, loved studying history.

Even after leaving school, I continued studying history, going so far as to buy text books and lurk about in the reference section of the local library. I particularly inhaled accounts of civil wars, ancient Roman and Egyptian civilisations and European monarchs.

My mum noticed my fascination with history and, knowing how much I loved reading, introduced me to the genre of historical romance. I was probably in my late teens when she suggested I read the Angelique series by Sergeanne Golon.

Translated from French, these novels were a hit in the sixties and featured the heroine Angelique in numerous adventures. In all, I think there were more than ten novels during which Angelique knocked about the Mediterranean (as she says), was held captive in a harem, became the favourite of a King and finally led a Huguenot rebellion which landed her in the new territory of Quebec.

Every new book was a new adventure! I was hooked and have adored the historical romance genre ever since.

Among my favourite writers are Philippa Gregory and Diana Gabaldon, but if I were to name one writer who really inspired me to write historical romance, it would be Pamela Belle.

Pamela Belle’s novels, such as The Moon in the Water, launched me into a wondrous world of well-rounded characters, historical fact and exquisite language. ThereBelle wove thoroughly researched accounts of the British Civil war through a delightful love story. The narrative was as informative as it was enchanting.

When I began writing my novels, Torn and Inviolate, my aim was to write in the style of book I would enjoy reading, which for me meant focusing on authenticity of detail and language. 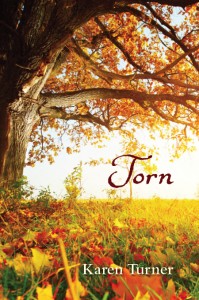 The setting for my novels was Yorkshire in England. That was a no-brainer for me, as I’d lived in Yorkshire and had returned many times over the years. I was drawn to that part of the world for its green beauty and rural culture. I lived in a house that was considered young – only 100 years old – in a centuries-old farming village called Otley.

The Wolstone of my books, the descriptions of the streets, market day and the people are authentic, undiluted Otley.

I truly believe that the success of my novels has been, in large part, thanks to my immersion in the past. While nose-deep in the 19th century, the world beyond my home-office was like music playing in the distance – I knew it was there, vaguely heard it, but wasn’t distracted by it. While plotting my books I heard dialogue steeped in 19th century turn of phrase, visualised clothing, houses, landscapes and scenes just as though my characters’ lives were rolling out before my eyes as in a movie.

Now, don’t get me wrong: I don’t mind a good bodice ripper; they make entertaining and easy reading with a bit of spicy stuff thrown in for fun.

I, however, did not want to write something that sat on the historical romance shelf, I wanted to write a book that was classified as women’s fiction. I wanted to write an historical romance with enough substance to be thought provoking without being a lesson in history. My characters would be true to the time, would feel and express passions and desires even if it meant behaving inappropriately, being unladylike, or – horrors – engaging in premarital relations!

However much they tried to flout convention, my characters nonetheless remained trapped by the same rigid constraints as Jane Austen’s, for example – some things are inescapable. 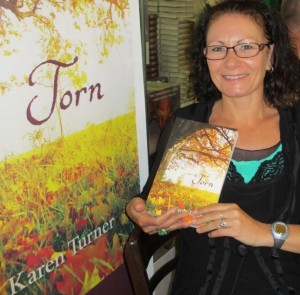 So, I needed to know how Regency people lived, what they ate, how they spoke. I asked questions like, what were they reading? What did they do for entertainment? What were the realities of living in a world where your food was only seasonally available?

What about language … slang for instance? Do you know that to get drunk was to get foxed?

I can’t tell you how fascinating I found all of this! The historical details I was discovering drew me in and I couldn’t wait to get my story down.

As I began writing, I realised that there was so much more that I didn’t know. The Regency period is a popular genre because it was a rich tapestry of war, mad kings, unique fashions and proper manners, and I couldn’t get enough!

Interesting piece of trivia: the 1810 equivalent of the word ‘bloke’ was ‘blade’. Regency gentlemen wore dress-swords every day but when it came to serious sword business, these fellas carried the big kahuna.

I wanted to know all about those. Not that swords feature heavily in my books, but to really put myself in the time, I decided to look at them, examine their design and understand how they were forged. Did you need arms like Arnie to be able to wield one?

Food was another point of interest for me (food is always a point of interest with me). How did people ensure the family had enough to eat, how did they store grain, preserve meat and summer fruits into the winter months?

Again, to find answers I read books; I found old recipes and learned all about jars and cabinets people used then for keeping food. I even found a recipe for making ice cream – it’s referred to in my second novel Inviolate, where one of my characters describes it.

One of the most memorable pieces of feedback I received from a fan was that she learned so much from reading my books. She said it made the story all the more fascinating.

Alright, so where’s all this leading? The point I’m making is that if you want to write historical fiction begin by reading the genre. Read as many historical fictions as you can get your mitts on. If you’re not drawn to it at this level, it’s unlikely you’d enjoy writing about it.

Then research and research, and only when you think you’ve learned everything you need to know, begin writing your book.

That’s when you’ll discover you need more research. And even if you don’t use all the information you learn, it serves to put you in the scene and that’s important because it’s the little details that catch you out and alter the reader’s experience.

I’ve spent a lot of time talking about research because I believe it’s the singularly most important element in writing authentically in the historical genre.

The next most important piece of advice I have is to just start writing.

Karen Turner is an Australian author, who discovered a passion for fiction writing as an escape from the corporate world, which led to a rather eclectic compilation of short stories, All That and Everything. First published in 2009, many of the short stories have since won literary awards. Karen has also published two novels: Torn (2013) and Inviolate (2014). Find out more at www.karenturner.com.au

Putting yourself in the story, a panel chaired by Claire Halliday, Kew library, Melbourne, 17th March. More details to come.