Recently I read the novel Freedom by Jonathan Franzen. I didn’t like much any of its main characters – an angry, depressive rocker; a housewife who spends her life not doing what she wants; her saintly husband who nevertheless sells his soul to corporations; their son trying hard to become a moneymaking machine. Still, I felt involved in their lives and kept turning the pages greedily, and in the last quarter of the novel I even warmed to all except the rocker. This got me thinking of several fictional works I had tried to write years ago but discarded. One of my main problems in those attempts was that I was trying to make my protagonists – versions of me – into likeable people, molding their thoughts and behavior into nice enough, inoffensive enough patterns. No wonder what I wrote seemed lifeless and false, devoid of urgency and originality. Only later, after much thinking, particularly about my own reading preferences, did I realize the folly of that approach. 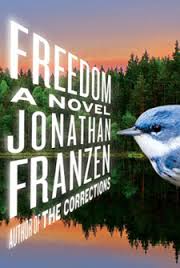 One of my favorite novels is Vladimir Nabokov’s Lolita. It should come as no surprise that I didn’t find its central protagonist, the pedophile professor Humbert Humbert, appealing. Or did I? Listen to Humbert Humbert tell his tale:

I grew, a happy, healthy child in a bright world of illustrated books, clean sand, orange trees, friendly dogs, sea vistas and smiling faces. Around me the splendid Hotel Mirana revolved as a kind of private universe, a whitewashed cosmos within the blue greater one that blazed outside. From the aproned pot-scrubber to the flanneled potentate, everybody liked me, everybody petted me. Elderly American ladies leaning on their canes listed toward me like towers of Pisa. Ruined Russian princesses who could not pay my father, bought me expensive bonbons.

And now tell me, how can you not follow this bewitching storyteller as compulsively as Hamlin’s children once followed the piper?

Gordon Lish, the legendary editor (Carver’s, amongst others), famously said that writers should above all be seducers. But how do you seduce your potential readers? Alongside the writer’s voice, these are the protagonists who are meant to carry out this task. Humbert Humbert excels here. Compelling characters are not to be confused with the kind of people we want to have as friends. The appeal of characters, like that of lovers, rarely resides in niceness. Have you never fallen for someone at least a little dangerous? If sexual attraction was sensible the romance novel industry wouldn’t exist. Darkness – literal and metaphoric – has fascinated human beings since our very beginnings, long before electricity or even fire were invented, when at night we found ourselves at the mercy of the stars. The fact that we’re susceptible to Humbert Humbert’s dark charms makes us question our own morals, motives, even life choices. And this makes him even more irresistible to us, his readers.

However it is not only Humbert Humbert’s darkness that attracts us. As evident even in the short quote I just used, his curious, original mind and a delightful playfulness – with words and in action – do the job too. The fragrant bouquet of his old fashioned charm is steeped in erudition combined with linguistic fireworks and gentle irony, often delivered in a hypnotic singsong rhythm. These attributes sugarcoat the evil of his intentions, and also complicate them. The fact that the “good” and “bad” are inextricably entwined in Humbert Humbert is an important reason why we are so interested in his fate. He is the best evidence for William Gass’s, American novelist and critic, argument that ‘almost everyone… who’s an interesting character, is an extremely complex mix of good and bad and smart and stupid and so forth.’

In some ways, I suspect, it is easier to write engagingly about charming pedophiles than to seduce readers when portraying more ordinary people. This is exactly where many novels fail. Too many mediocre books, published and unpublished, tell stories of perfectly sensible, perfectly nice (adorable even) yet tedious people living out sensibly and therefore tediously their life’s small dramas. These characters always have their hearts in the right place and are often even courageous enough to fight villains. They help children cross the road and pet animals. If they have flaws, these are carefully calculated flaws that in the long term will only render them even more honorable: a character may snap at her grandmother, then spend the rest of the novel feeling terribly ashamed. Such characters, it feels, are meant to be good for us, to represent our moral compass. Or are they?

In my view, the act of writing such characters is actually immoral in its dishonesty of representation. We all possess inner demons which not every writer is brave enough to expose for the fear of… well, that fear which occasionally constrains me too – that the readers will dislike our protagonists, and by extension ourselves. Another reason for the plague of niceness in contemporary novels may be, according to the American novelist John Gardner, that writers fond of creating overly nice characters may be not immoral, but actually awfully moralistic: ‘idealists, people who simple-mindedly long for goodness, justice and sanity’. These people may write fiction to express their personal moral outrage rather than to attempt to understand other people’s worldviews or resolve their own moral dilemma as opposed to ‘preaching’. And sometimes, the problem might be simply a failure of imagination to see the human animal for what it is – deep inside, at least, as dramatic as a Shakespearean play.

In my experience, characters incapable of one truly dangerous thought, who always try to do the right thing even when they fail, are mere artifice. I have often seen that, given the opportunity for safe disclosure, so-called ‘ordinary’ people reveal exciting mixtures of the ‘proper’ and ‘improper’ within themselves. In my writing classes for example, time after time I am surprised how much uncomfortable stuff my students reveal in their works once they feel safe describing their less anodyne desires, impulses and behaviour.

One of my favourite living novelists, the UK-based Hanif Kureishi, suggested in his essay Something Given: Reflections on Writing that:

Literature is concerned with the self-conscious exploration of the lives of men, women and children in society… In literature personality is all, and the exploration of character – or portraiture, the human subject – is central to it. 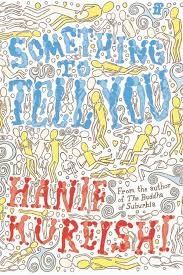 Cowardly or moralistic writing does not so much explore life’s complexities as photoshop them. Kureishi’s brilliance as a novelist on the other hand, is that he doesn’t seem to think he needs to beautify our psyches in order to afford characters their dignity. In his novel Something to Tell You, for example, Kureishi is confident enough to rise above conventional morals in many ways. Take the story of one of its characters, Henry, a self-pitying and emotionally lonely theatre director. Henry rediscovers his joie de vivre upon meeting his beloved, who initiates him into orgies. Their love story resides outside of mainstream notions of monogamous love, yet is actually moral in its own way, since this particular couple – having suffered many romantic disappointments before their meeting – make each other ridiculously happy.

Eventually I have come to think that we writers should desire not that our readers like our characters, or agree with their worldviews, but that they – as the American writer Francine Prose writes in Reading like a Writer – are ‘interested in the characters, engaged by their fates, intrigued by their complexities, curious about what will happen to them next’, just as I felt while reading Freedom. Of course showing their dark sides is not the only requirement for rendering a character compelling. Next month I’ll address some other facets of character creation.

Meantime, I’m interested in hearing about your own experiences of writing challenging characters.