Screenwriting is a very different practice to any other type of writing, and one that suits my personality. I mean, who wouldn’t want to sit under the palm tree being attended to by half-naked man-gods while typing away one’s fantasies?

The reality, is of course, a little different. If screenwriting is your passion, you’re more likely to not being able to pay your rent for the foreseeable future.

The attraction of writing screenplays lays for me in a certain ’plainness’ and action. I have never been one for elaborate adjective usage or descriptive language, therefore the straightforwardness of this format suits me. Simplicity of the form, however, should not be confused with ease of writing or non-complexity of the content. A great screenplay is hard to write. It needs to be concise and imaginative with believable, compelling dialogue. What follows is some stuff that I’ve learned over the years of my practice.

When nothing can be described, it needs to be ‘shown’ instead. Things need to be expressed by making characters do something. One cannot, for example, write: ’The night is cold.’ Instead, one has to think of a way of showing the same thing, for example: ’She shivers and holds onto her jumper tighter.’

Great dialogue is things not said

Sometimes screenwriters get frustrated with not being able to describe things and go overboard with making their characters do descriptions in their verbal exchanges. This is a lazy solution which can lead to a pretentious-sounding film. Great film dialogue is as much about things not said, as those that are said.

I find the best way to write good dialogue is by eavesdropping on people in cafes, public transport, workplaces, grocery shops, parties. I listen to the idiosyncrasies of speech and the flaws, the accents, the patterns and the pauses. Most people don’t talk perfectly; they skip words, use wrong ones and leave gaps that don’t make sense. For great screen writing, speech must sound authentic. 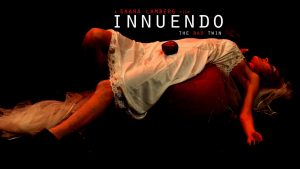 Throw out your babies

I don’t only write, but also direct and produce films, which means I don’t need to make too many compromises. But many screenwriters have to throw out their babies with the bathwater. A producer or director may want to change the story quite significantly, sometimes in a direction that does not please the writer. If you haven’t seen the sitcom Episodes, I highly recommend it. It’s a brilliant English and American co-production about two writers who move out from their sheltered arthouse existence into the commercial world of American network television, and it shows the kind of compromises they have to make in the process. If I write for someone else, I’ve learnt it’s important to know what I am comfortable with and then pick my battles. But it’s also important to be flexible. After all, if it is not my direction, there are only so many decisions I will be able to make, and the direction of my text will be ultimately decided by someone else.

Having said that, good producers and directors will see the writer as a resource, rather than a problem, and will negotiate changes rather than force their ideas In turn, good writers learn to let go of their screenplays and trust the vision of the director. Sometimes one can be even positively surprised, although there may be disappointments as well. My best advice is to move on to your next work, and not dwell on artistic differences. 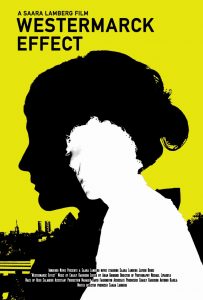 Anything related to filmmaking is difficult and time consuming, and rewards will be tiny to start with and will build up only with relentless work and ability to survive on very little while investing all of one’s time and money in making films. It’s a struggle at the best of times, and one has to remain cool headed, self-motivated and much more extroverted than most writers are comfortable with. There is no room for the obvious introverts in the world of film, although secretly, nearly everyone I know in the industry is one. We just hide it well.

A screenwriter is expected to be as much a networker as a writer. I hate networking. Quite frankly, it terrifies me. But I know I have to do it, so time after time I throw myself under the bus and let myself go round and round and round in between the wheels. It helps me ever so slightly to remember that everyone else hates it too.

I’ve heard a good audition is like a first date, and I would apply this rule to working with directors and producers. I always flirt a little. I’m a writer, so I can write some cheesy pickup lines in my head to use them when I network. If it doesn’t work, at least I can have a chuckle at my own ridiculousness.

You have to use whatever you can, because jobs are almost impossible to come by. Production companies have numerous projects on their slates, directors often prefer to work with their own screenplays. I am not trying to put you off, but an easy career it is not.

When I was only starting, I felt overprotective about my screenplays, thinking everyone was out to steal my brilliant ideas. Of course, they weren’t. They had much better ones themselves. I quickly realised that to get anyone to even look at my work is a huge privilege.

Reality is that it is very difficult even to get opportunities to pitch. And if anyone listens and likes your idea, they will usually ask for a writing sample, or if you are really lucky, the entire screenplay. And even then it is still likely that the work will end up at the bottom of their pile.

Still, I keep going… Because I love it. There’s nothing quite like seeing a living, breathing actor delivering the lines that I wrote on a big screen. It is a magical feeling. So I write. And then I network my little tush off. I offer to work for free. I offer my texts to independent filmmakers, to students, to my neighbours’ cat if it has a camera and can press ‘record’. Then, if nobody is interested, and they usually aren’t, I grab my own camera and off I go.

Lately, this way of working paid off and this May my first feature Innuendo will be screened at the Cannes film festival. I have been crying happy tears ever since I found out. And, naturally, making some more work all the while.

Saara Lamberg is the writer, director and producer of the feature films Innuendo and Westermarck Effect. You can view these films following these links:

Putting yourself in the story, a panel chaired by Claire Halliday, Kew library, Melbourne, 17th March. More details to come.