When I began my PhD in Writing fifteen years ago, my goal was simply to see if I could write a novel. As my PhD progressed and I became confident that I would achieve my initial goal, I immediately began to formulate a more ambitious one: to have my novel published. When I completed my PhD five years later I entered the Vogel Award, without success, and then submitted my manuscript to UWA Publishing, who offered me a contract after eight agonising months, and published it the following year.

At the time, one rejection and a long wait for an acceptance seemed like an ordeal. In hindsight, I see it as a dream run. The difficulty of getting a debut novel published is well-documented. The difficulty of publishing a second novel was not something I had anticipated. It came as a shock then, after completing my second novel, Whisky Charlie Foxtrot in 2008, to be on the receiving end of a long string of rejections. Less literary than A New Map of the Universe, Whisky Charlie Foxtrot did not seem the right fit for the UWA Publishing list. In addition, I hoped for my second novel to be published by a larger publisher with a view to potentially reaching a greater readership. However, the agents I approached were ‘not sufficiently interested’ to represent me, and those publishers who accept unsolicited manuscripts apparently felt the same.  Though many of them were positive and encouraging, no one loved my novel quite enough to take it on.

Finally, after three years, just when I was about to give up hope, Whisky Charlie Foxtrot was picked up by Fremantle Press. I was very happy for my book to have found a home with a well-respected local publisher who had launched the careers of such writers as Tim Winton and Craig Silvey. At the same time, I vowed I would never again wait so long to find a publisher. 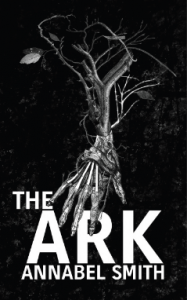 While collecting rejections for Whisky Charlie Foxtrot, I began working on my third novel The Ark, the story of a group of scientists and their families who retreat into a bunker inside Mount Kosciusko during a post-peak oil crisis, alongside five billion seeds which hold the key to the future of life on earth. In 2012 I was thrilled to be one of five inaugural recipients for an Australia Council Creative Australia Fellowship, to develop an interactive app to accompany The Ark.

In early 2013 I finished revising The Ark and commenced researching publishers where I thought it would be a good fit. This was a struggle. As a literary novel which also straddles the speculative fiction divide, it does not fit neatly into a box. This is a particular challenge at this juncture as the myriad changes in the publishing industry seem to be making publishers less willing to take risks than ever before. In addition, my research failed to uncover any publishers who were investing in the development of apps. I began seeking an agent, in the hope that they might know of a niche publisher where The Ark would feel at home.

Though self-publishing has existed for almost as long as the written word, and revered writers including Jane Austen, Virginia Woolf and Walt Whitman were originally self-published, there is still a stigma attached to self-publishing. When my first novel came out in 2005, self-publishing as we now know it was still in its infancy. Even in 2010 and 2011, while I faced one rejection after another for Whisky Charlie Foxtrot, I still viewed self-publishing as the domain of pioneers and/or desperadoes and was not willing to consider it for my own work.

However, by the end of 2013, a number of high-profile self-publishing success stories, including Hugh Howey’s Wool, made me reconsider. In addition, the proliferation of apps and services that had sprung up to support self-publishing had made it accessible, even for the non-tech-savvy. When, after a year of submitting The Ark to agents I was no closer to finding a publisher, I made the decision that I was not prepared to wait any longer: I decided to self-publish The Ark.

Nine months later The Ark and its accompanying app are on the shelves. Though this is a long time for the publication process by self-publishing standards, it is very quick compared to traditional publishing timeframes.  The learning curve was steep, but the lessons were valuable. In hindsight, I realise that when I set out, I had no idea of the enormity of what I was undertaking and the commitment it would require, nor of the costs involved (not only financial, but also in terms of time and energy). I now have a far more comprehensive understanding of the publishing process, and as a result, more appreciation for the services traditional publishers offer. However, despite all the hard work, where I might still be in limbo, investing time and energy in endlessly pitching to agents and publishers, instead I’m already talking to readers about the book, and, more importantly, putting my time and energy into a new novel.

Annabel Smith is the author of Whisky Charlie Foxtrot, and A New Map of the Universe, which was shortlisted for the WA Premier’s Book Awards. Her short fiction and non-fiction has been published in Southerly, Westerly, Kill Your Darlings, and the Wheeler Centre blog. She holds a PhD in Writing, is an Australia Council Creative Australia Fellow, and is a member of the editorial board of Margaret River Press. Her digital interactive novel/app The Ark has just been released. Connect with her on Facebook and Twitter.