I didn’t do a lot of research for my first novel, just_a_girl. Speaking from the point of view of a teenager, full of contradictions: I could do that. Speaking from the point of view of a mother, fretting about how to get it right, often failing: I could do that too (or so I thought). My starting point for each scene was to place the character in a situation and consider the emotional response in the moment. What does the character feel, how does that play out in the body, in the way they speak, in the way they exist in the world? As I wrote the scene, an undercurrent of uncertainty coursed through the words, along with the realisation: this was not my emotional response, my body, my voice, my intersection with the cultural landscape.

In a bid to feel safe, I read more about the craft of being a writer, the how-tos and top ten tips. Many writer courses and guides to writing encourage you to do a back-story for the characters, to look into their motivation. I started down this path but it felt plodding, even flimsy. It felt like that point towards the end of a Hollywood movie where the film score ramps up and the central character reveals it: a flashback to the moment in their life that explains the person they have become. It’s the moment where I roll my eyes, irritated, bored, because all those revelations seem overly constructed. Where’s the element of surprise? Now, I don’t know about you, but I don’t go through the world in that way. My motivations are murky, unclear, often hidden at the time. I rarely stop to say: What, in my life up to this point, is making me act in this way? What experiences did I have as a child that led me here? (Perhaps it would be a good idea, sometimes.) So I struggle with this when writing characters (like them, I’m erratic and inconsistent and do things I regret). I don’t know why they do certain things and often I don’t want to know. I don’t feel some god-like creature manoeuvring them around a puppet-stage, more a mother trying to herd cats. Some readers (judging by Goodreads, at least) like the surety that the characters come from a solid place and have a safe path to travel — but that’s not my experience of the world, and the people around me. I don’t think I’d be a writer if it was. 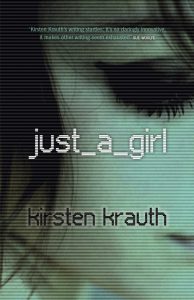 Write what you know. This is a strange, if ubiquitous, advice to writers to contemplate, as it assumes that I know what I know. But I come from a place where I am always (or have learnt to be) open to new perspectives. My ideas are fluid and I chase them around, trying to catch them. Whenever I meditate or do yoga (not too often, I admit it) I’m all too aware of the two fish swimming in different directions: the heart and the head. I don’t presume I know my characters — as I make the journey with them — because I can’t even be sure that I know who I am, at this point in time. For poet Kevin Brophy, creative writing is about

those sometimes vivid moments of confusion, uncertainty, dilemma, or confrontation. And it works best when the writer, it seems, does not yet know how to find a way out of the dilemma so foolishly entered into — and is willing to let the writing go where it will. This is the secret joy of writing; one that few writers will talk about, perhaps because it is so different every time.

Now, I’m working on a second novel. It flits between the 1980s music scene in Melbourne and contemporary life. I’ve just completed a very rough first draft. I’ve done a lot of research this time, trying to get a sense of time and space, of places I only inhabited later in real-time, or places I didn’t inhabit at all. Research makes me feel safer as a writer. I talk to people, I record them, I transcribe, I take notes. It’s all there. I go to the location. I plot the getting from A to B. I sit in the place and imagine and take exquisite notes. I think I know the place. But when I’m writing, I overwrite the place, because I can. I have the details of the ruined building, what the character sees when they look up at the ceiling. I’ve got to use it, right. I look at my pages handwritten material, the photos pored over, and I marvel at the amount I know, compared to what I knew before.

But as I write, the place wobbles, then collapses, under the weight of its own knowingness. So then I have to start again, working from the ground up and stripping all that meticulous research out, a process of forgetting I know it, because the character doesn’t look at that building in the same way I do. The character always stares at the floor; she doesn’t give a fuck what’s up on the ceiling. Ernest Hemingway writes that ‘…you could omit anything if you knew that you omitted, and the omitted part would strengthen the story and make people feel something more than they understand.’ This seems to be getting to the heart of what I’m striving for but how do you begin? How do you know which parts to omit?

Jen Webb argues that creative writers ’share with other creative practitioners a rejection of the position that the world is finally knowable, that data is fully testable, that ‘truth’ can be uncovered, and that there is a stable source of knowledge’. When I finish an early draft, I think I’ve come to some kind of intimacy with the characters and where they live, that we are on close terms, but when I read the draft six months later, I realise I don’t really know them at all. In redrafting, their voices gradually become clearer to me on the page (and my own voice recedes), but it’s only really when the book is released into the world that some of the reasons for their behaviour (and my own for writing them) reveal themselves — usually when a reader or critic points them out. This is an exciting and revelatory process, and one I never envisaged when writing my first book.

Kirsten Krauth is a writer based in Castlemaine. Her first novel, just_a_girl, was published to critical acclaim, and she is currently doing a PhD in Creative Writing, working on a second novel, set around early 80s music and photography: the clash of punk and pop. She blogs as Wild Colonial Girl and you can meet her at www.kirstenkrauth.com, Facebook <https://www.facebook.com/WildColonialGirl/>, Twitter <@KirstenKrauth> and Pinterest https://au.pinterest.com/kirstenkrauth/.