As a writer who is also an editor, I’m often asked how it feels to be edited. In other words, how does it feel to be on the receiving end of criticism and someone else’s red pen, instead of being the one that dishes out the dirt?

The short answer is it’s discombobulating. The long answer is more complicated.

I edit for a living and when I have time I write; and that writing, should it be deemed publishable, is inevitably intensely scrutinised by other editors. As intensely, I hope, as I scrutinise other writers’ work before it is ready to be published.

When I gave the question serious consideration, I realised several things.

Following on from that, I saw that I am a split personality.

There are two Dmetris. One is a writer; the other is an editor. The former is an intuitive, imaginative creator and the latter a detached, analytical observer. They often contradict each other and have full-on arguments in my head. Over the years, I’ve learned to switch one voice on and to turn the other voice off, which is easier said than done, by the way. And it’s not always successful.

I’ll talk about my love/hate relationship with being edited shortly. First, l will digress slightly to tell you about a revelation I had when I saw the copy edited manuscript for my memoir Mother Land.

As a writer, I vacillate wildly between confidence and crippling uncertainty. One minute I’m Oscar Wilde, next minute I’m a dolt who can’t string two words together to make a sentence. Seeing the revisions of Mother Land the first time was humbling. Part of me was mortified by my infelicities. Another part was overjoyed and pathetically pleased that someone — anyone! — was paying attention to something I had slaved over for five solitary years.

The editor gave the manuscript an expert line-by-line copy edit and pushed my abilities to the utmost. However, if the editor was hard on me, I was harder on myself. After seeing what he had done, and agreeing with most of it, I rewrote almost the entire manuscript — a definite no-no at this late stage.

The editor in me knew it was the wrong thing to do, but the writer went, fuck it. It’s my name on the cover. I’ll do what I like. I wanted to get it right. The language, rhythm and pacing had to be unassailable. I would not get another chance. 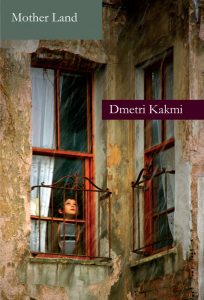 Seeing the copy edited manuscript was a shock. It brought out the insecurities, the self-hatred and recrimination. I felt inept, despite the fact that, as an editor, I know being edited is par for the course, even for experienced authors. Your editor doesn’t think you’re a dolt. He or she is just trying to make a good thing even better, raise it to the next level.

At the time I worked as a senior editor at Penguin Books. In a flash, I saw that this is how my authors must feel when they see my scratches on their manuscript. That awful sinking feeling. The doubts; the questions. It would be sick-making no matter how practiced, professional or resilient one is.

From there on I began to be even more sensitive to the authors’ needs. I’d return the edited manuscript and followed up with a phone call to the writer a day or so later to make sure they hadn’t hanged themselves. Communication channels were open and I was there to give support, should it be required. It may sound absurd to a non-writer, but the support is a lifeline to a writer.

Being an editor isn’t merely about checking for typos; there’s a lot of handholding as well.

To get back to being edited. When I say I love to be edited I mean that I appreciate the editor’s objective eye. It helps to hone and refine a piece of writing until it zings.

It’s a mistake to think a writer who is also a professional editor can edit his own work. You’re too close to the manuscript. You can’t see the forest for the pencils, especially when it comes to structural matters.

An editor, on the other hand, has no vested interest. It’s business. This allows her to have an overview. She sees the big picture, strengths and failings. And, if she’s good, she can suggest how to resolve a problem. If you’re lost and wandering, she can guide you through the tangled undergrowth to the main path. For all that, you need a thick skin to survive the lacerations. And, unfortunately, I do not have a thick skin.

A short time ago, I entrusted the first draft of my new novel to my agent and to an author friend. Long story short, they were unimpressed. The consensus was that there’s a good story there, but there’s an even better one underneath. Interestingly, their feedback coincided on many points and even though Dmetri the editor knew they were right — the manuscript needs a lot of work before it can be shown to a publisher — Dmetri the writer was crushed.

A fortnight passed before I could look at the feedback and decide how to approach a new draft.

So if you ask how does it feel to be edited, I will say it’s awful. It’s like being crucified and pierced with spears; however, should you survive the ordeal, you will be triumphantly resurrected and adulation shall come to thee from all quarters. Or so I like to imagine.

I also take heart from a friend’s sage observation. ‘You’ve done it before and you’ll do it again.’

Dmetri Kakmi is a writer and editor. His fictionalised memoir Mother Land was shortlisted for the New South Wales Premier’s Literary Awards; and is published in Australia, England and Turkey. He edited the acclaimed children’s anthology When We Were Young. His ghost story ‘The Boy by the Gate’ was reprinted in The Year’s Best Australian Fantasy and Horror 2013. Haunting Matilda was shortlisted in the Aurealis Awards Best Fantasy Novella category in 2015. His essays and short stories appear in anthologies and journals. He lives in Melbourne.