When I wrote my second novel The Secret Seduction and the Enigma of Attraction, I did not set out to write an erotic novel, but a love story between two complicated, intelligent, wounded people who are afraid to love and so almost destroy each other. Yet sex is important in this story. When Andreas, a psychiatrist, meets Annabelle, the beautiful but sexually glacial young wife of a colleague at a fund-raising ball, his fingers brush gently against her neck. The tenderness of his gesture disarms and haunts her, awakening Annabelle’s desire. One day, Annabelle turns up at Andreas’s clinic. She is interested in the man, but also in analysis, and the fact that Andreas is one of the few doctors who can administer LSD in a clinical situation. She intends to try the drug, to ‘open the doors of perception’. After one of her LSD trips, though, the therapy sessions turn into lovemaking sessions.

Something I found important to think about when writing sex scenes was what was happening then in characters’ minds and in their subconscious. The subconscious particularly plays a vital role in our sexual preferences. What emotional baggage do we bring to the relationship, especially where sex is concerned? What turns us on? We are complex creatures. Can you show this in a sex scene? 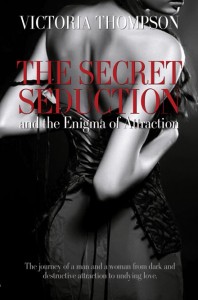 When you write about love and sex, a sense of danger can be very exciting, because it also infuses the narrative with tension. Will the lovers be discovered? What boundaries are they crossing? What taboos are they breaking? What punishment awaits them? And – can you trust your lover?

The setting of the lovemaking is also important. One of the most erotic scenes I ever read was in Claire Tomalin’s biography of Percy Shelley, Shelley And His World. There, Shelley and his lover Clare Claremont live in exile in Rome, along with Shelley’s wife Mary (Clare was her half-sister). Clare and Shelley would escape to the Forum (or was it the Colosseum?) climb to the top of one of the arches where time had deposited soil and vegetation on the crumbling ruins, and there under a wild lemon tree, make love. Of course now, you are not allowed to climb up these ruins because they could so easily collapse. But in the 19th century the world was not yet so policed.

Discovering Pauline Réage’s novel Story of O, which describes a woman’s willing descent into sexual submission, was pretty stupefying. I did find the sadism and masochism in the book repellent but the writing is superb and some of it, to be honest, very arousing indeed. It is said that Réage wrote this book to seduce the lover she felt she was losing. The sex is explicit, imaginative, sometimes cruel. Strangely enough, it is so well written that its almost-pornographic descriptions do not strike as obscene.

Lou Andreas-Salomé, is also worth reading because she was one of the first female psychoanalysts, and one of the first women to write psychoanalytically on female sexuality in her book Die Erotik (1911). Her essay on the anal-erotic published in 1916, was admired by Freud, and she became his protégé.

When it comes to sex, I love beauty and gentleness—I’m a romantic, of the 19th century kind. So for me it is also important to write about the beautiful aspects of sex. If you share my sensibility, then describe the parts of the body the lover sees, which please him or her. I also avoid using words like penis or vagina, or fuck—unless one of my characters is angry, or wants to shock, as Annabelle in my novel sometimes does. In the following scene, the sexual description is rendered through quite gentle language, and it is loaded with emotional meaning for Annabelle, touching on childhood memories when, as a sickly child, she had had to endure years of injections.

‘We’ll start the first injection today. It’ll hurt a little because it’s been in the fridge. But come, Annabelle, hop on the examination couch. I’ll make love to you afterwards. What do you think of that, making love on the exam couch? Face down, please. I’ll try not to hurt you,’ he said.

Annabelle whimpered when the cold liquid was injected into her buttock. Andreas rubbed the area with his hand to help disperse the liquid. ‘It hurts a little, I know,’ he added. Then he kissed and caressed her buttocks and spread them apart, inserting his tongue in the small tight fissure. His other hand slid underneath, to the front, touching her, surprising her, shocking her.

Victoria Thompson was born in Alexandria, Egypt, of European and English parentage. Victoria trained as an actress and worked in film, television and theatre. She left acting to become a psychotherapist. She also worked as an interpreter in the medical profession. Her memoir, Losing Alexandria (Picador), was a literary success, appearing for several weeks on The Age best-seller list. The Secret Seduction and the Enigma of Attraction is published by Arcadia, an imprint of Australian Scholarly Publishing. More information at: