My favorite writers are not so much writers as seducers, shamans, tricksters. Their works affect me on a gut level. Reading their books feels like being hypnotised or making love. I cannot explain my excitement about Marguerite Duras, for example, in intellectual terms, cannot say I love her work for her characters or plots or even themes, though these do matter. But many other writers craft characters, plots and themes well, and yet, while I enjoy their works, I am not obsessed with them like I am with Duras. The difference is that her books leave me dazed, unnerved. Her sentences are like tidal ebbs and flows that wash over me. I feel submerged within the rich atmosphere Duras creates in her actually slim, highly economical novels. Something about her use of language – her syntax and the overall rhythm of her writing – speaks deeply to my viscera, like this passage from my favorite work of hers, The Lover:

In the daylight I was less afraid, and death seemed less important. But it haunted me all the time. I wanted to kill – my older brother, I wanted to kill him, to get the better of him for once, just once, and see him die.

This excerpt, albeit powerful, taken out of context may sound somewhat abstract and if Duras wrote entire books in this fashion, the spell would be broken. Yet one of the other seductive features of her work is that such chants, such wails of pain, always come framed by highly evocative descriptions. The Lover is a tragic tale of coming of age in an abusive family, but it is also a masterful recreation of colonial French Vietnam in the late 1920s. Duras’s choices of details and words are precise and deeply seductive. In the following passage I highlighted particularly stark words that to my mind convey well the paradoxical situation of her French family living in this colonized land as supposedly superior and entitled yet at the same time impoverished. Here Duras’s prose doesn’t so much show as become that odd experience with its mix of exotica, privilege and depravation:

We were white children, we were ashamed, we sold our furniture, but we weren’t hungry, we had a houseboy and we ate. Sometimes, admittedly, we ate garbage, storks, baby crocodiles, but the garbage was cooked and served by a houseboy, and sometimes we refused it too, we indulged in the luxury of declining to eat. 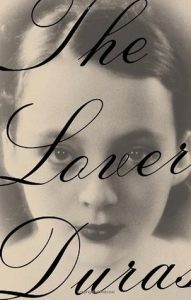 All too often writers underestimate the impact that the texture of prose, the singsong of sentences, in short the entire linguistic embroidery of the story, can have on our readers. Yet, as American writer Francine Prose reminds us in her wonderful book on writing Reading like a Writer:

To talk to another writer about sentences feels like forging connection based on the most intimate and arcane sort of shoptalk… The sentences affect us much as music does… Rhythm gives words a power that cannot be reduced to… mere words.

Careful rendering of sentence syntax and rhythm, and on the even more micro level – choices of words and details, are of the most powerful tricks writers can use. The renowned American editor Gordon Lish calls such seductive writing ‘magical utterances’. However, according to Lish, these magical utterances are rather symptoms of something even more crucial to great writing that underlies, and drives, them:

How do you make magical utterances? By expressing desire. Don’t think in terms of       communication but in terms of what enchants. You, the writer, are the visionary, the witness of your own desire.

I fully share Lish’s vision of what constitutes great work. It seems to me that one of the main differences between books which become classics, succeeding in captivating generations, and all other books (whether they were praised in their time or not), is how much desire they express. Because desire is timeless. And universal. Desire is what makes us, humans, tick, whether it is erotic or spiritual or nostalgic desire, desire for drugs, a child or travel. Unabashed, yet artfully expressed, authorial desire can reach way beyond its time and place, piercing the readers’ similarly longing hearts. Take Kerouac’s classic On the Road, written in the late 1940s yet still today a source of inspiration for so many. This novel is the writer’s passionate howl, his longing for intense living. The recurring theme of jazz, a music which in itself is as unpredictable and intense as the human existence, is one of the ways Kerouac conveys his desire, not to mention his linguistic acrobatics that are also deeply musical:

Then here came a gang of young bop musicians carrying their instruments out of cars. They piled right into a saloon and we followed them. They set themselves up and started blowin. There we were! The leader was a slender, drooping, curly-haired, pursy-mouthed tenorman, thin of shoulder, draped loose in a sports shirt, cool in the warm night, self-indulgence written in his eyes, who picked up his horn and frowned in it and blew cool and complex and was dainty stamping his foot to catch ideas…

And here comes the divine Arundati Roy, writing her abundant desire already into the opening paragraph of her novel The God of Small Things:

May in Ayemenem is a hot, brooding month. The days are long and humid. The river shrinks and black crows gorge on bright mangoes in still, dustgreen trees. Red bananas ripen. Jackfruits burst. Dissolute bluebottles hum vacuously in the fruity air. Then they stun themselves against clear windowpanes and die, fatly baffled in the sun.

Roy’s yearning for a particular Indian landscape at a particular season with its particular mood resonates here also as a universal, archetypal desire for pleasurable self-destruction with sex and death, decay and fecundity, all meshed up.

One of the writer’s main roles, I believe, is to articulate such often-inarticulate, yet common, longings. Thus, finding the right mood and flavor for the prose (or what we often call ‘finding writer’s voice’) to express them becomes not just an aesthetic but also ethical endeavor. In my own work, I try to only write about what I desire, even if this may limit my thematic preoccupations. Mine isn’t just an ethical commitment, but also a selfish choice because a large part of my motivation to write is to express my yearnings, relive them in the process and, finally, hopefully, to understand something, even small, about myself and the world. To capture the raw feelings of desire, when I write particularly emotion-loaded passages I often use language intuitively rather than deliberately. Later, during revision, I try to be as particular as possible about the details I used, and to treat my writing flow as a musical piece. This is why I often read aloud what I write.

I also believe that if we don’t desire what we write, our readers won’t either. When some private longing of mine touches a stranger, I feel most happy. This is why out of all the feedback I’ve received for my most recent book, The Dangerous Bride, the two remarks that meant the most to me came from readers who seemed to have somehow tuned into the particular mood which drove the writing of this memoir. One woman wrote to me that as she finished my book she felt tipsy, and it took her a while to understand logically what affected her so. Another reader said that reading my book felt to her like sitting on a porch on a rainy night and drinking vodka. I was stunned by the similarity in responses from these two people who unknowingly described exactly what I was feeling as I was writing the book, yet did it more concisely than I could…