Many years ago, in one of those serendipitous but fateful-feeling writing discoveries, I came across an essay by the American poet Louise Gluck. In her poetry, Gluck said, she was attracted to gaps and ellipsis, to disruption and hesitation, to eloquent, deliberate silence. It was not the words on the page, but what was left unsaid that exerted the most compelling power for her. As a reader, she was drawn to works that were either damaged or incomplete, art that haunts precisely because it is not whole. ‘All earthly experience is partial,’ Gluck wrote. ‘Not simply because it is subjective, but because that which we do not know – of the universe, of mortality – is so much more vast than that which we do know. What is unfinished or has been destroyed participates in these mysteries. The problem is to make a whole that does not forfeit this power.’

At the time I came across that essay, I was struggling to find a path through a difficult novel, one that seemed increasingly impossible for me to write. The novel, which tells the story of how the privileged, orderly life of Marina, its protagonist, is transformed by her growing involvement with a Rwandan refugee woman and her small child, was partly a fictional retelling of some of my experiences of working with refugees and asylum-seekers over many years. In particular, it was inspired by my relationship with one young woman and her child. This girl, who was barely out of her teens when I met her, had endured innumerable atrocities during the cataclysmic violence that had gripped her small nation, and had emerged from the flames into a new life in New York that was confounding to her. In all the years I knew her, she never spoke about her past, or the things she had lost. Not one word about her country, her family, her traditions. Together we existed in an ahistorical present, a practical here-and-now. My young friend’s history was not mine to uncover, nor were her experiences mine to transform into fiction. One day she might be able to speak of it or write it herself. Or perhaps she never would. But our complex relationship was at the heart of the novel I was writing.

The greatest shared currency between us was the woman’s little boy and as I became more involved in caring for him, the web of connections between us grew more complex. It made me think a great deal about the care of children by those whose psyches have been profoundly damaged, and about the complex nature of traumatic inheritance. My novel engaged with these issues, and it touched upon some elements of my complicated relationship with this young woman and her child – the inevitable stumbles and errors I made, the glaring gaps in my understanding and sensitivity, the things that I learned about myself, and the unexpected repercussions of the love that I felt for her little boy.

I came across Gluck’s essay at a time when I felt I was at an ethical and technical impasse, believing that I didn’t have the skills or authority needed to write this novel. I didn’t want to appropriate someone else’s experience, or to presume to be able to explain things that were beyond my comprehension. I thought about moving on and writing something else.

Gluck’s essay gave me a different way of thinking about what I was trying to achieve in my novel. Creating a whole that does not forfeit the power of the unsaid became a profoundly important conception for me. From its very inception, I knew that mine would be a novel full of silences and absences, but Gluck gave me the permission I needed to explore the kind of telling that embraced what could not be expressed or understood.

In many ways my novel, The Children’s House, is about what it is to have an unfinished life, about finding ways of existing in the shadow of absence and loss, so I didn’t want all the elements of the story to be neatly resolved. Gaps, ellipses and absences of various kinds are central to the characters’ experiences of the world and my challenge was to find a way to weave them into the texture of the novel while at the same time being mindful that I needed to create a narrative that would not be too obscure or unsatisfying.

Writing my own doubts and questions into the novel was one of the most important strategies I adopted. My ethical quandaries became an essential part of the text, helping me to create characters that felt much more authentic. I came to understand that part of Marina’s complexity lay in the fact that she knew what it was to live with doubt, with the unknown because of her own family history and childhood abandonment. When I wrote this doubt into the fabric of the novel, I found that Marina came much more fully alive on the page. She is now a character who acknowledges her own sense of insufficiency, who scrutinises her motivations and admits her flaws. There’s also a moral complexity in Marina because she is well aware of what she believes to be her own culpability in the events that unfold in the novel, and yet she is ultimately unable to alter her behavior. Her husband is constantly warning her of the dangers of letting the child grow so deeply attached to her, of making promises to him that cannot be kept, but she is unable to heed his advice. She knows that the little boy is not hers to love and yet she can’t step back from him; she wants to rescue him in ways that others failed to rescue her as a child. 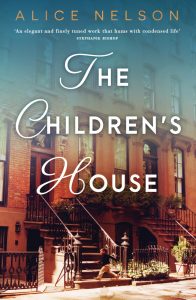 Another dilemma I faced related to the background of the refugee character. I knew that what she had been through in her country was not my story to tell; I could never presume to understand or represent such incomprehensible horror. And yet if I didn’t address her past at all, I felt that there would be gap too large for a reader to bridge. I could not assume that a reader would have sufficient knowledge of my character’s context. Gluck’s essay helped me to see that all knowledge is partial and some events create crises in memory and transmission. My own knowledge of the events of the Rwandan genocide was obtained mostly through extensive reading, particularly of survivor testimonies. These were not experiences I felt I had the ethical authority to fictionalise, but how else could I give the reader some of this necessary context?

A non-fiction writer I know gave me some incredibly helpful advice. ‘Why do you think that fiction and non-fiction are standing on either side of a brick wall with no possibility of communication?’ she asked me. ‘You don’t have to fictionalise this information. You gained your knowledge through reading factual testimonies; why not have your character do the same?’ I found this suggestion liberating and very in keeping with Gluck’s thoughts. I couldn’t tell the comprehensive story of what happened in Rwanda but I could write my own partial knowledge of this history. So Marina spends hours at the library reading survivor testimonies, and quotes from these real-life narratives are included in the novel. This is my window then in that brick wall between fiction and non-fiction.

I once heard Michelle De Kretser speak at a writers’ festival about the strange architecture of novels, the way that you walk through them as if through a house, knowing that there are sealed rooms whose doors you cannot open. It’s a lovely image; compelling voids that at once allow the reader’s imagination to do its work, and at the same time acknowledges what Gluck’s essay confirmed so eloquently for me: that not everything can be known.

Alice Nelson was named one of the Sydney Morning Herald’s Best Young Australian Novelists for her first novel, The Last Sky. Alice’s short fiction, essays and reviews have appeared in publications such as The Sydney Review of Books, The Asia Literary Review, Southerly Magazine and the West Australian Newspaper.  Her new novel, The Children’s House, will be published by Penguin Random House in October 2018.