It feels apt to round up the discussion of creative nonfiction that I’ve had here for the last two months by looking in-depth into one creative nonfiction book that in my view exemplifies this genre’s best virtues – its irreverent nature and freedom of form. Geoff Dyer’s Out of Sheer Rage means a great deal to me both as a reader and a writer.

Dyer is possibly the quirkiest writer in the UK – a country with a reputation as a breeding ground for quirky writers. Dyer’s fiction and creative nonfiction have been translated into many languages and won countless awards. New York Magazine once described him as ‘one of our most original writers’. However, as good as Dyer’s other books are, in my view Out of Sheer Rage outstrips them all, particularly on account of its sheer urgency (forgive me the pun). Most writers produce one book in their lifetime into which they pour their whole heart, and I suspect this is that book for Dyer.

Dyer had had a longstanding ambition to write a study of Lawrence’s work, which has been perhaps the greatest influence on Dyer’s writing. But instead he wrote Out of Sheer Rage – a book about not writing this book about D.H. Lawrence. You have to be an author of Dyer’s calibre to pull off such a feat and make it appealing to readers all over the world. 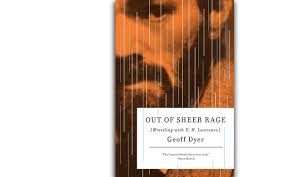 Even though Dyer had already written several excellent books by the time he began working (or not working) on his study of Lawrence, he felt this was going to be his most important artistic task. The weightiness of his mission considerably contributed to Dyer’s excelling at avoiding it. The narrative of Out of Sheer Rage traces the years of the author’s procrastination when instead of re-reading Lawrence’s novels, Dyer reads his letters, and instead of writing the book he traverses the globe both to trace Lawrence’s haunts and to find the ideal home for himself where he would write undisturbed. We follow Dyer and his girlfriend to various exotic locations, such as Italy, Greece and Mexico, where they spend an awful lot of time feeling hot, making love and planning to move somewhere else.

While the book’s predominant theme is writer’s block and what it takes to not write a book, this distillation doesn’t do justice to the wonderful chaos that lives on its pages. Dyer is the king of digression, as is the case of most good creative nonfiction writers I know of. Out of Sheer Rage is rich in essayistic passages about anything Dyer feels passionate or unhappy about, and there are many, many things he is unhappy about. Take this passage, where Dyer complains about a topic close to my heart too – the downfall of the modern novel:

Nowadays most novels are copies of other novels… Increasingly, the process of novelisation goes hand in hand with a straight-jacketing of the material’s expressive potential. Of course, good, even great, novels continue to be written but… the moment of the form’s historical urgency has passed…

These digressions, though, are more than a litany of (often hilarious and sometimes enlightening) complaints. They include stories from Dyer’s childhood, enquiry into Rilke and observations about the countries Dyer traverses. No wonder Dyer chose to write Out of Sheer Rage as creative nonfiction, which is the best suited genre to accommodate such sprawling vision.

In creative nonfiction the author’s personality is felt as a presence on the page. In Dyer’s case, it is inaccurate to say that his personality is on the page. Rather, his personality takes over the page. And his is an impossible one, built almost entirely upon contradictions, sporting singular honesty and wit. I find even his pervasive crankiness refreshing in the light of the epidemic of niceness that plagues contemporary literature.

Dyer’s indecisiveness, restlessness and misanthropy drive the narrative tension, while also driving even his most adoring readers nuts. Forget his inability to settle in one geographical location, the man can’t even decide what books to pack on his travels. There is a Woody Allen-esque quality to Dyer’s voice – you either love it or hate it, and even if you love it you hate it a little too. Out of Sheer Rage was the only book so far to divide my husband’s usually agreeable book club.

Yet even Dyer’s most controversial lines are likely to get sympathy with many readers, since they strike a sincere note, expressing the kind of things many of us think but never say. Take the ‘I hate children and I hate parents of children’ line… Whether you agree with them or not, many of Dyer’s statements will make you laugh out loud. His relentless neurosis is somehow deeply relatable, as much as it is irritating, although I suspect Dyer’s persona on the page is amplified for entertainment’s sake, as often happens in creative nonfiction works. It feels to me as if in writing Out of Sheer Rage Dyer dived into the depths of collective subconscious and came up with a net full of odd, spooky and colourful creatures that live in all of us, but which we seldom glimpse. As a writer, I felt nourished after reading this book. It was a great reminder not to take myself too seriously on the page and not to tame my voice to appear ‘normal’.

Despite the ambitious range of topics Out of Sheer Rage takes on, it is held together by its overarching vision. Firstly, this book about not writing a study of Lawrence of course ends up being a study of Lawrence. Yet, rather than being another conventional work of literary criticism, Dyer’s book – as befitting creative nonfiction works – is a deeply personal study of the great man’s inner demons that underpinned his worldview and, consequently, his literary vision that is in turn a big part of Dyer’s vision too. 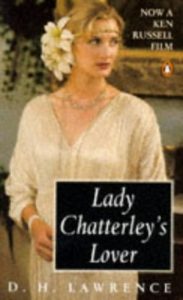 There are many parallels between the author and his subject. They share poor, uneducated origins; both are unable to live in one place for more than five minutes; and both are grumps. Most importantly, though, for both of them literature is not a vocation but their raison d’etre, and one of the main themes of the book is the importance of artistic integrity. Dyer is blocked because he is trying to write the kind of a book he feels he ought to, rather than must, write. His struggle reminds us of that of Lawrence, who too was often plagued with uncertainty and self-doubt as he wrote his pioneering books that explored sexuality and morals in unprecedented ways. So on a deeper level Out of Sheer Rage is an exploration of what it takes for a writer to find her subject, possibly one of the most difficult tasks artists face – having the courage to ignore fashions or vanity or the desire to please, and to tackle the genuinely urgent, and uncomfortable, themes.